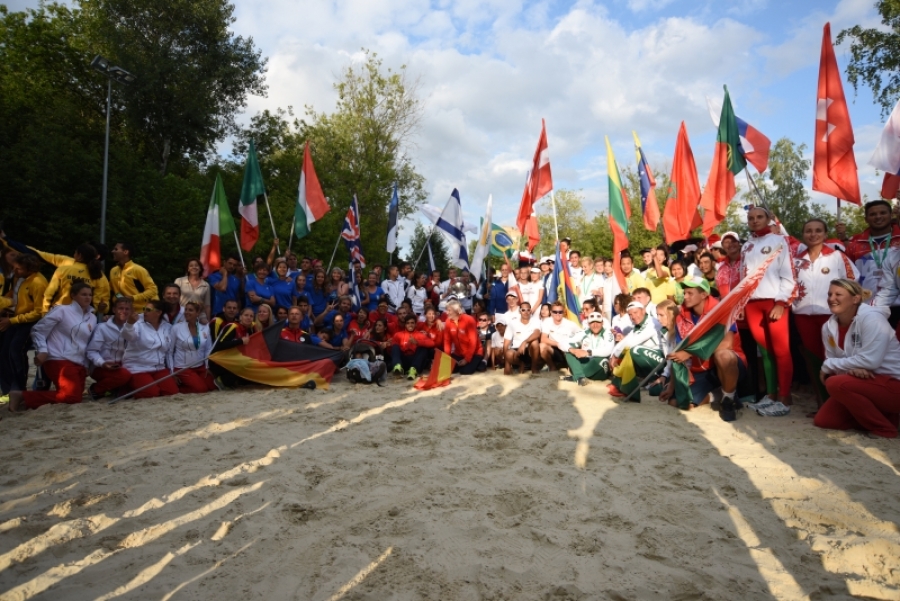 The official opening ceremony of the fourth ITF Beach Tennis Team Championship took place on Wednesday, July 15, on the courts of the Russia’s National Tennis Center. The persons attending the ceremony were: Deputy Chief of the Moscow Department of Sport Albert Chiliev, the Vice President of the RTF Dmitry Vikharev, former top tennis player Elena Likhovtseva as well as the representatives of the ITF.

Elena Likhovtseva, the participant of the European championship 2012, shared her impressions regarding beach tennis: ‘People are friendlier to each other. It’s a joyful event that takes place on the beach in a calm atmosphere with music playing. Everyone is like a big family. There is no such tough competition like in tennis. However there are prospects of beach tennis becoming an Olympic discipline. The players enjoy the matches. ’

The Russian team that had a bye in the first round, will face the Greek team in the second round. The Greek team outplayed team Latvia 3-0. This year there is a new event at the Championship, the junior competition. The Russian junior team won its first Round Robin matches

Tomorrow the seeded teams will enter the competition. The world’s #1 Alessandro Calbucci from Italy noted that this Championship is one of the most important beach tennis events.

There are a lot of novelties this year. One of them is that the ITF representatives are taken to the championship’s location by the yachts of the Burevestnik Group.

The ITF Beach Tennis World Team Championship 2015 will take place from 15th to 19th of July, 2015 at the Russia’s National Tennis Center. The finals will be held in the Palace of Sports ‘Dynamo’ at the Vodniy Stadion.