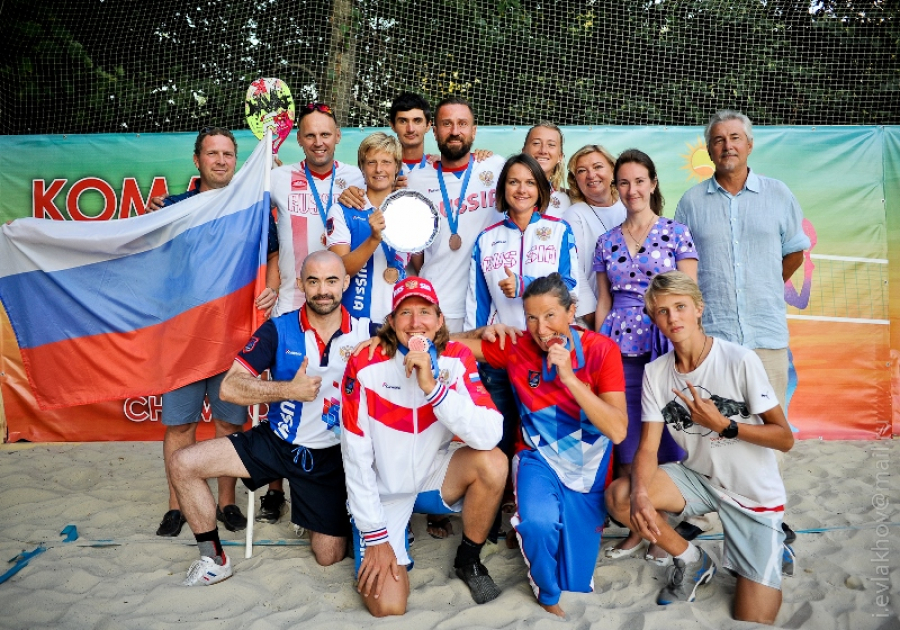 National team of Russia in match for third place won rivals from France and it conquered bronze medals. We recall that during seven World Championship our national team once (2016) won gold medals of World Team Championship, one time it became second (2015) team and four times (2013, 2014, 2017 and 2018) third team.

On a picture – our national team in which was playing not only medalists of Championship, and young beach-tennis players. Here they are together.

Junior tournament of World Team Championship has finished. Today, our young beach-tennis players without apparent difficulties won national team of Egypt 3:0 and they took fifth place. Italians won the tournament, with the same whitewash having won French in match for first place. Brazilians has become third team of tournament getting the best over the winners of past year tournament Venezuelans – 2:0.

By the way, for Italian junior team (U14) this victory has become the third in four tournaments.