Tie-break instead of the third set and Russian national dances. The opening ceremony has been held on the Beach Tennis World Team Championship. 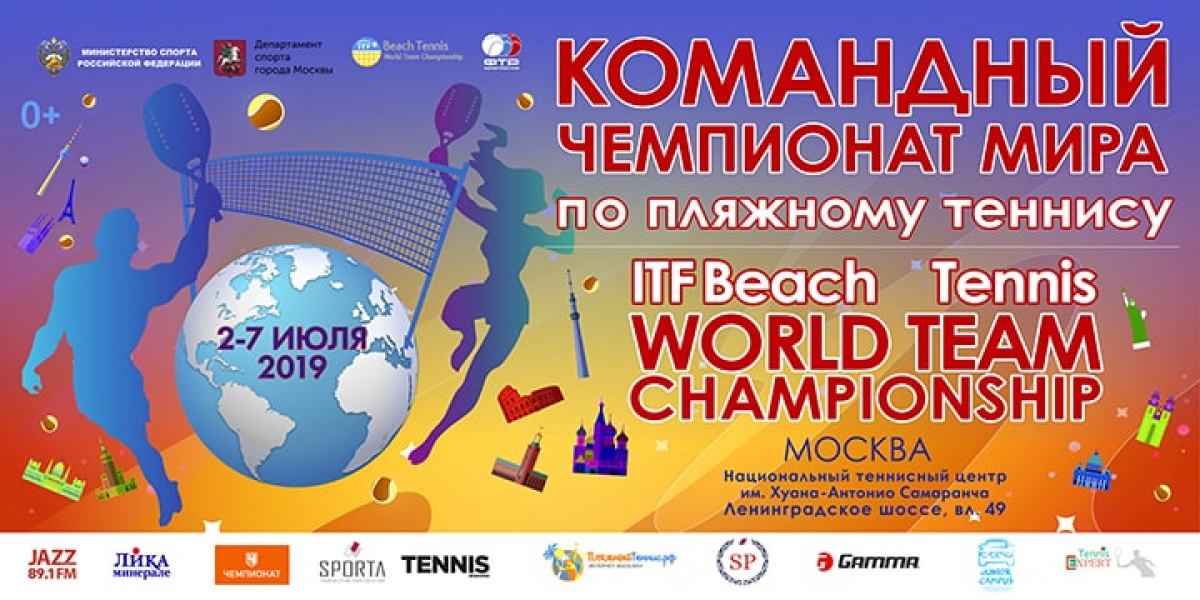 The first day of the World Team Championship began with the traditional team captain meeting, where changes in rules and innovations in the tournament were discussed.

This year, the main goal of the ITF (International Tennis Federation) is to adapt beach tennis to online TV broadcasts. Therefore, an experiment will be conducted at WTC 2019: instead of the usual third set, a decisive tie-break of up to 10 points will be played. The Referee also warned that this time they will follow the rule of 20 seconds especially toughly (this is the maximum pause between the rallies in beach tennis) and also the foot fault rule.

Moreover, ITF representatives recommended players to dress in the same way, especially for matches on the central court.

After the captains meeting the first matches of the championship have started. In the adults draw there were 4 matches. The San Marino team beat Latvia 2-1. With the same score ended matches Venezuela / Portugal and the match Japan / Germany in favor of Venezuela and Germany. Spain beat South Africa with a final score of 3: 0.

The junior team of Russia won their first victory in the group over the team of Latvia with a score of 3: 0. Germany, Spain and Ecuador also started with victories in the group stage. The Russian adult team will play their first match on July 3 at 2:00 pm against the Arubian team.

At the end of the matches, the opening ceremony of the championship took place on the central court. After the traditional parade and the official speeches, an ensemble of Russian folk dances performed.