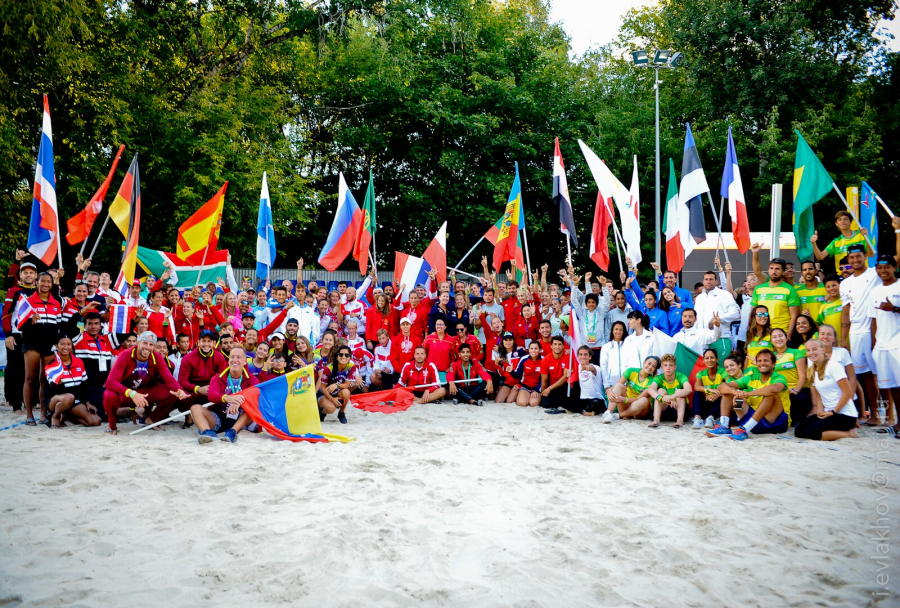 On sandy courts of National Tennis Centre were eight matches of initial round of main grid. We resemble, that eight of twenty-four national teams are seeded and it exempt from the first round games.

Including, national team of Russia. Today these teams will start playing in the second round. On Tuesday national team of Cyprus won Republic of South Africa with a score 2:1 - debutant of WTC. Beach tennis-players from Estonia with the same score won rivals from Lithuania.

National team of Portugal won Moldova and it will play with Russia in the second round. Representatives of San Marino won Thailand with a whitewash 3:0. Yesterday tennis-players from Netherlands won rivals from Bulgaria 2:1.

Latvian national team won 2:1 Chile. Spanish team won Switzerland 2:0, team of Poland won Morocco 2:0. In junior tournament (U14) of WTC, in which are playing ten teams, yesterday Russia in Group B didn't leave nothing to chance to the rivals - with a score 3:0.

In this group Brazil as well with confidence won Spain 3:0. In Group A, French team didn't experience any problems with Lithuania with a score 3:0, and German team won Egypt 2:1.

With greeting, addressed to the participants of tournament: the vice-president of Russian Tennis Federation; a member of Board of Directors; Dmitriy Selivanenko the chairman of ITF Beach Tennis Committee; Dmitriy Vikharev the head coach of Beach Tennis Russian national team and Filipp Gross the referee (ITF) of Championship. After the ceremony all the participants straight on the courts took a picture for a memory.

Today in National Tennis Centre will be matches of second round.

Published in News World Team Championship
More in this category: « Photos of the third day World Championship in Moscow. Day 2 »