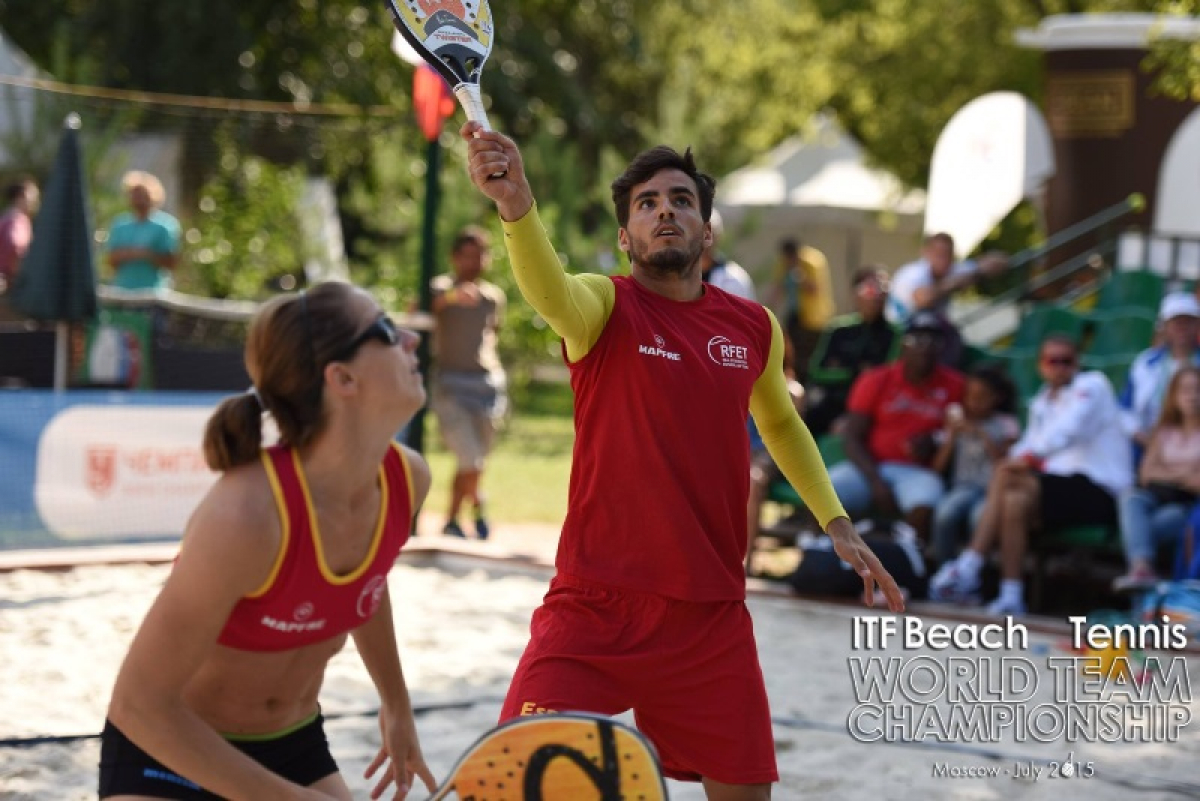 We are happy to share an interview with one of the most talented players in beach tennis, a favorite of the public, the current champion of Spain and the current world champion Antomi Ramos Viera.

BT Russia: You have a great season! Congratulations with your World Champion title!
You played with Mikael Alessi this year in Cervia. You played many tournaments together also last year. How you decide to play together?

Antomi RV: We decided to play together in Kazan 2017, when we were without partner and we both wanted to play that tournament in Russia. We did a very good semifinal and then we talk to play the season together.

BT Russia: You also won a huge tournament in Ecuador recently. But with another partner - Luca Cramarossa. Does it mean that you two continue to play together?

Antomi RV: We played 1 tournament with Luca Cramarossa. And we played amazing, so I hope to play many more tournaments with him.

BT Russia: You play beach tennis already 10 years, right? How did you start? Did you play a normal tennis before? Or maybe one of the most popular sports in Spain paddle?

Antomi RV: I played both sports, Tennis and Paddel too. But when I started in beach tennis I get love of the sport.

BT Russia: You are the world-famous top-player, but you also tried to build your career in the sky? How is it going now? Is it possible to make both at the same time?


Antomi RV: Thanks, so usually I try to do both things, but sometimes it’s very difficult for me to train Beach tennis, because my work is flight attendant.


BT Russia: A lot of amateur beach tennis players dream about to become a PRO player, like you. It means they want to live with this sport. Can you say, that PRO-player these days can live with beach tennis without other job?

Antomi RV: It’s very difficult to earn money to live and make a family just playing beach tennis, you need to teach in an academy if you want to live with this sport.

BT Russia: Last weekend you also won a Spain Champion title. Congratulations! Does it mean that we will see you in Moscow next year? ?

Antomi RV: Thank you, that’s it. See you in Russia and I hope in San Diego as well.

BT Russia: You are also a great mixed doubles player. How do you think, should ITF count mixed results in ITF ranking?

Antomi RV: It would be super if we could have a mixed ranking in this sport.

BT Russia: And the last question. Is the any Russian player, you would like to play together time to time?

Antomi RV: Yes haha, with Irina Glimakova hahaha, she is super funny, and a very good person. I enjoyed a lot playing mixed doubles in Ecuador with her.