Nikita Burmakin Is Number 1 In The World 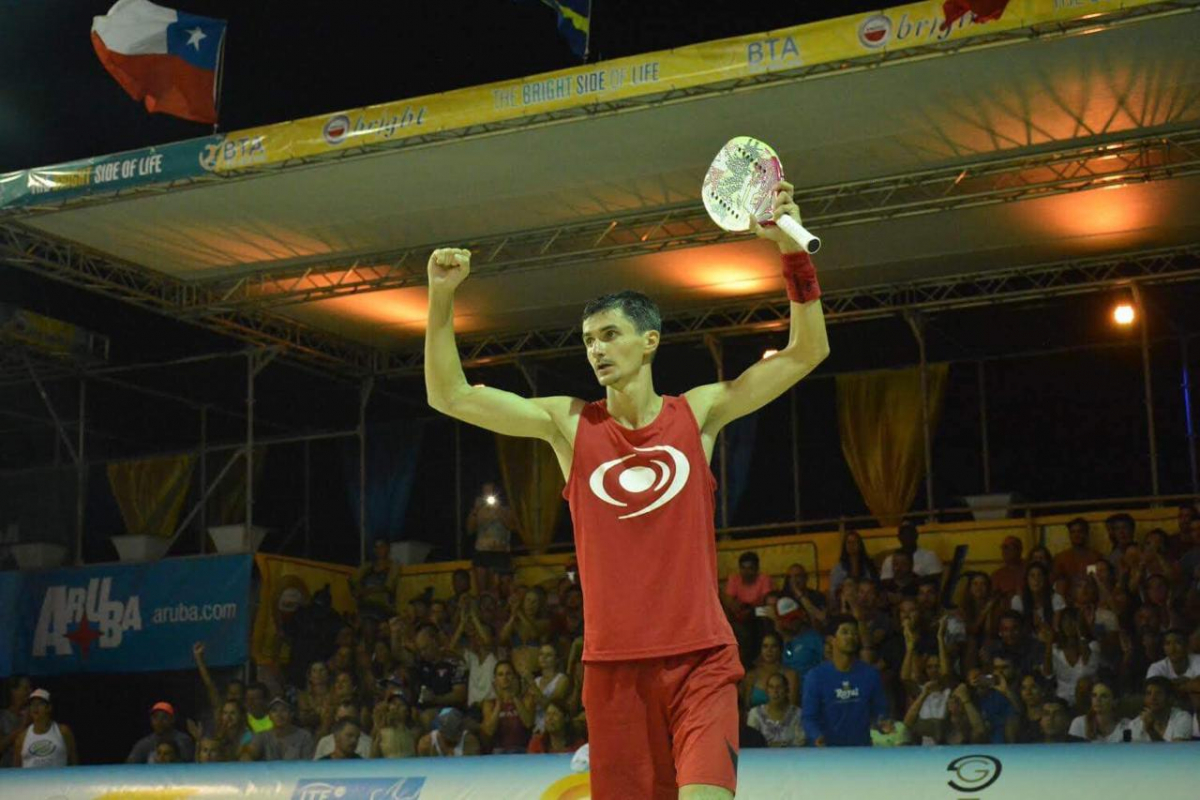 There is a sensation in the history of World and Russian beach tennis. Russian player Nikita Burmakin took # 1 position in the world beach tennis ranking after the victory at the Aruba BT Open tournament! We were able to talk to the first racket of the World right after the decisive match. 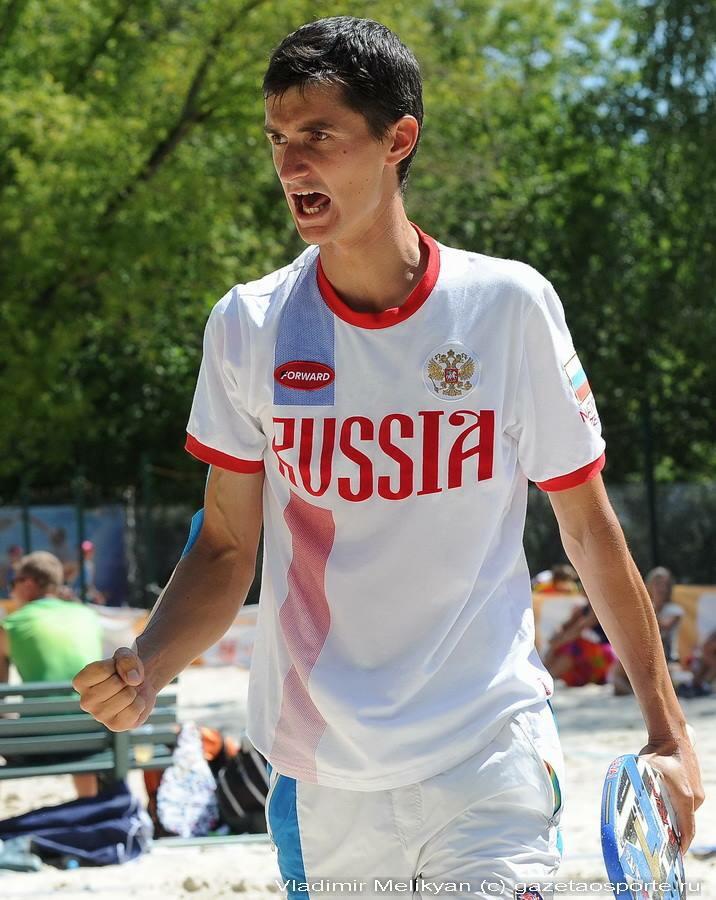 BT: Nikita, you've been leading the Russian rating for years, a lot of fans of beach tennis admire you. And we want to know little bit more about you. Please tell us where you were born, who are your parents? Where did you study?

Nikita: I was born in Leningrad (Saint Petersburg) in 1989. My mother is an economist, my father is a volleyball player and a volleyball and tennis coach. 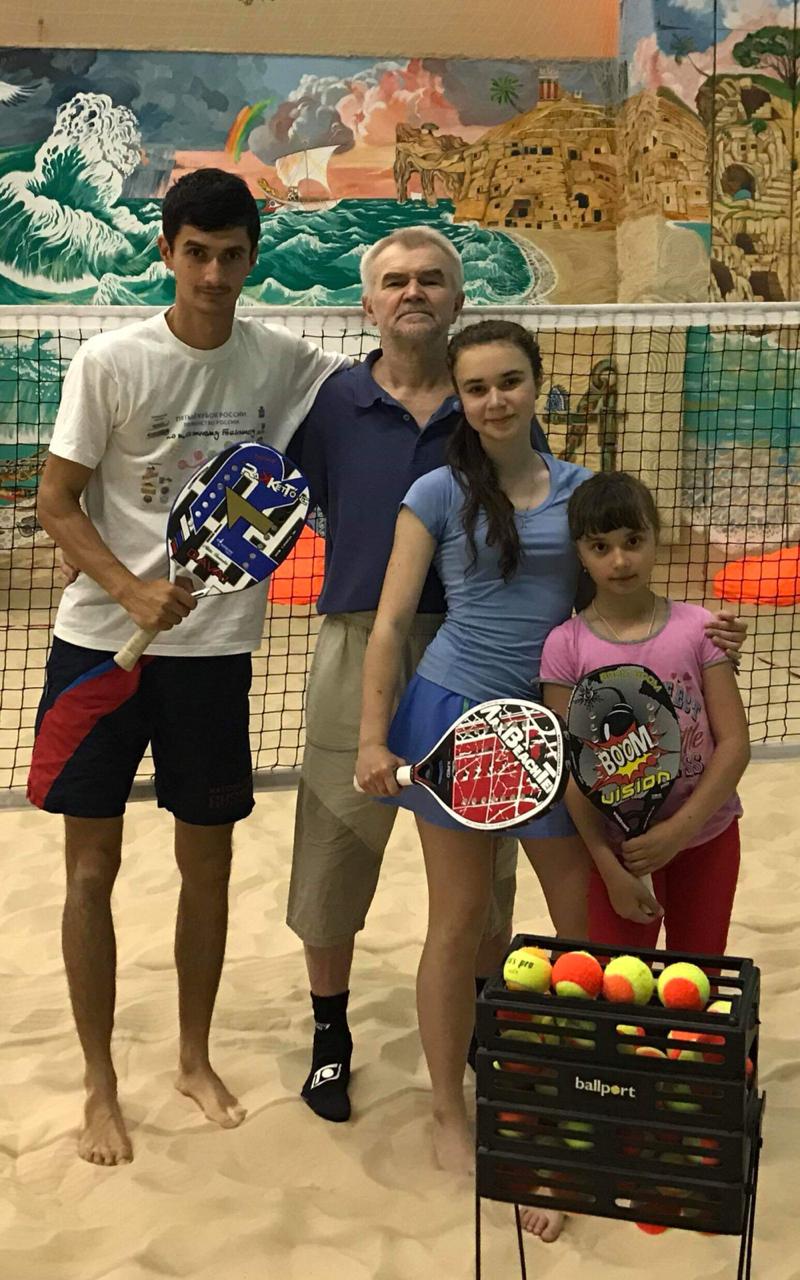 BT: How and where did you start playing tennis, what were your successes?

Nikita: Under the coaching of my father, I began to seriously engage in classical tennis at the age of 6. Three times I became the champion of St. Petersburg in my age category.

BT: You also played volleyball, tell us about it.

Nikita: At the age of 16, when I realized that it was almost impossible to get into the ATP tour, I stopped serious tennis training and focused on the University. I started to study at the ITMO University Department of Computer technology, but I just couldn’t without sports and literally was "sick" with volleyball. I managed to train every day and played for 3 teams in different leagues. In the summer, of course, I played beach volleyball. After 6 years I won the championship of Saint-Petersburg with team «Admiral»! The final matches were so good that I never went to the floor again. In addition, with the growth of 191 cm, I was one of the lowest strikers in the team. 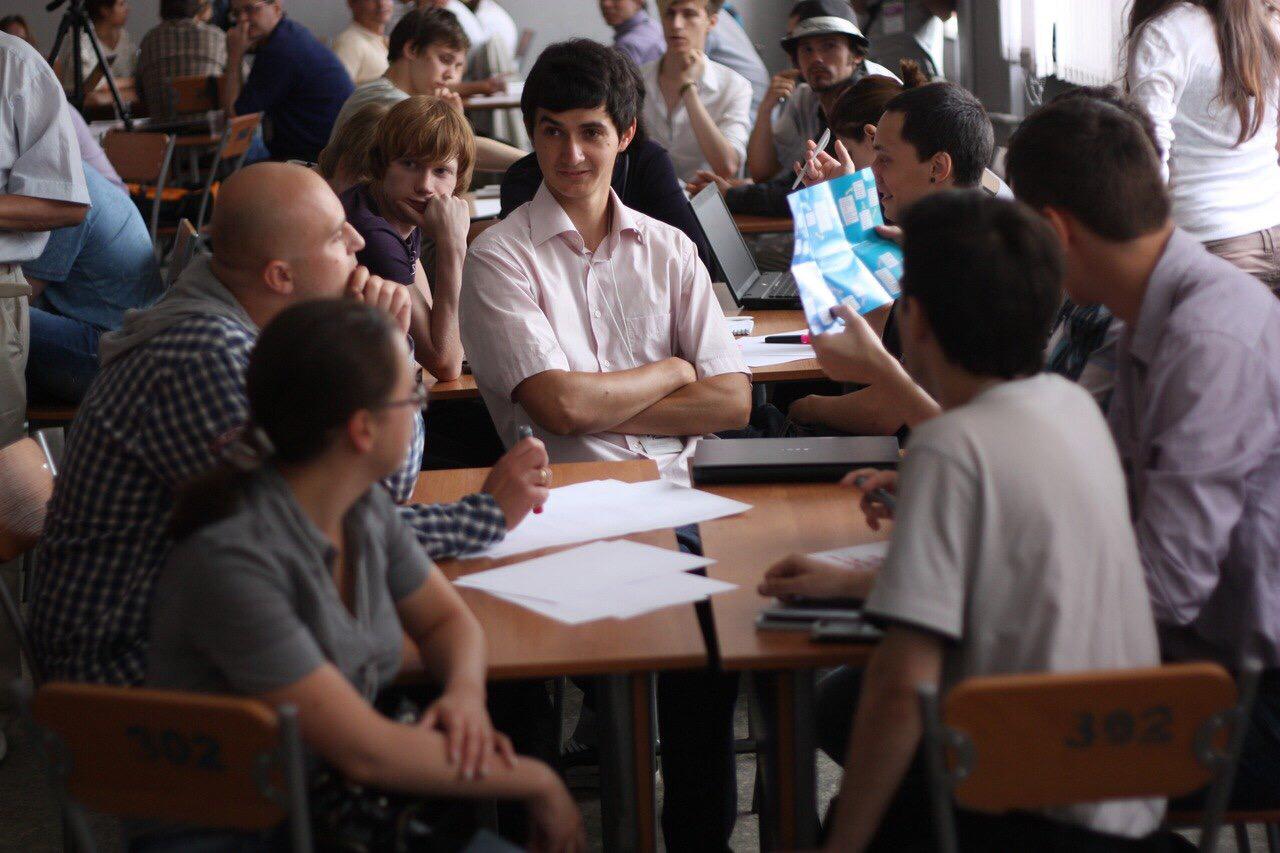 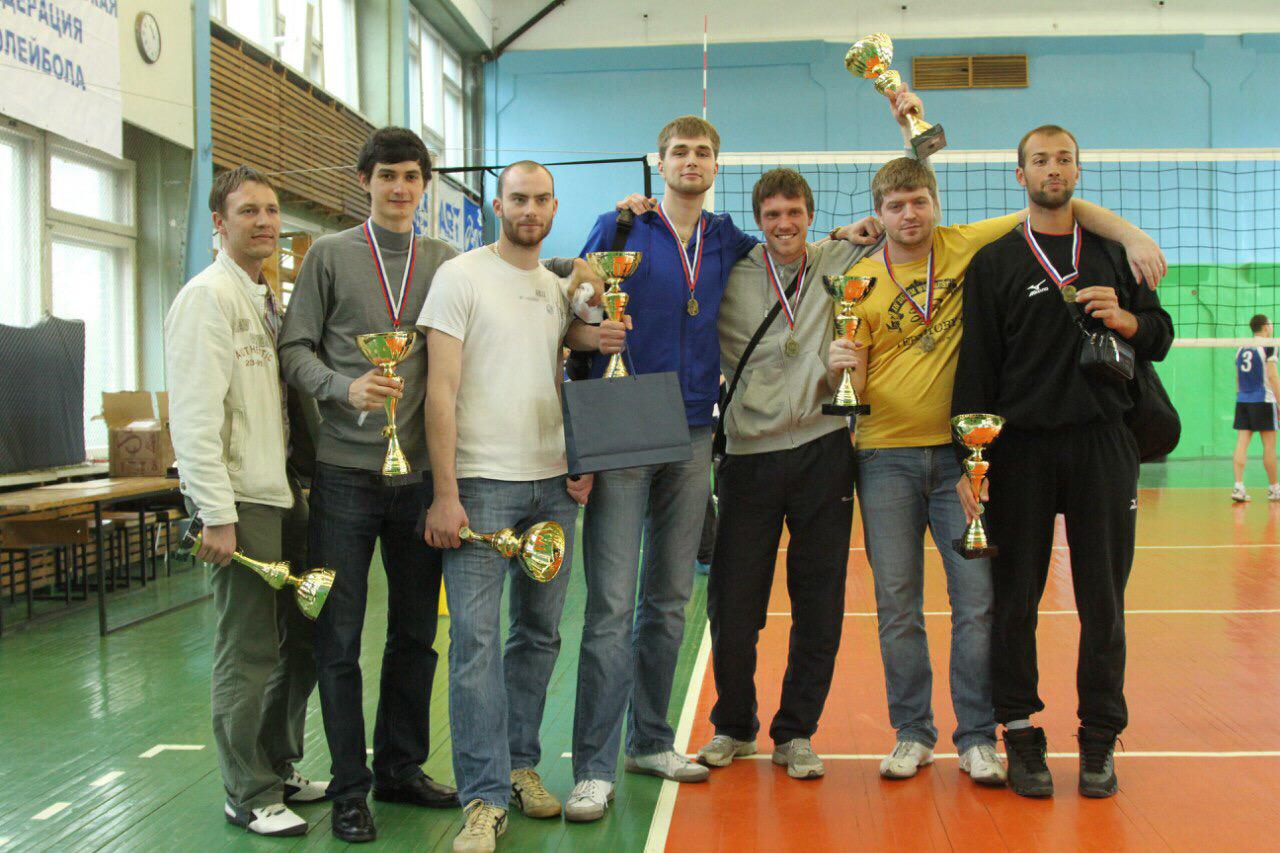 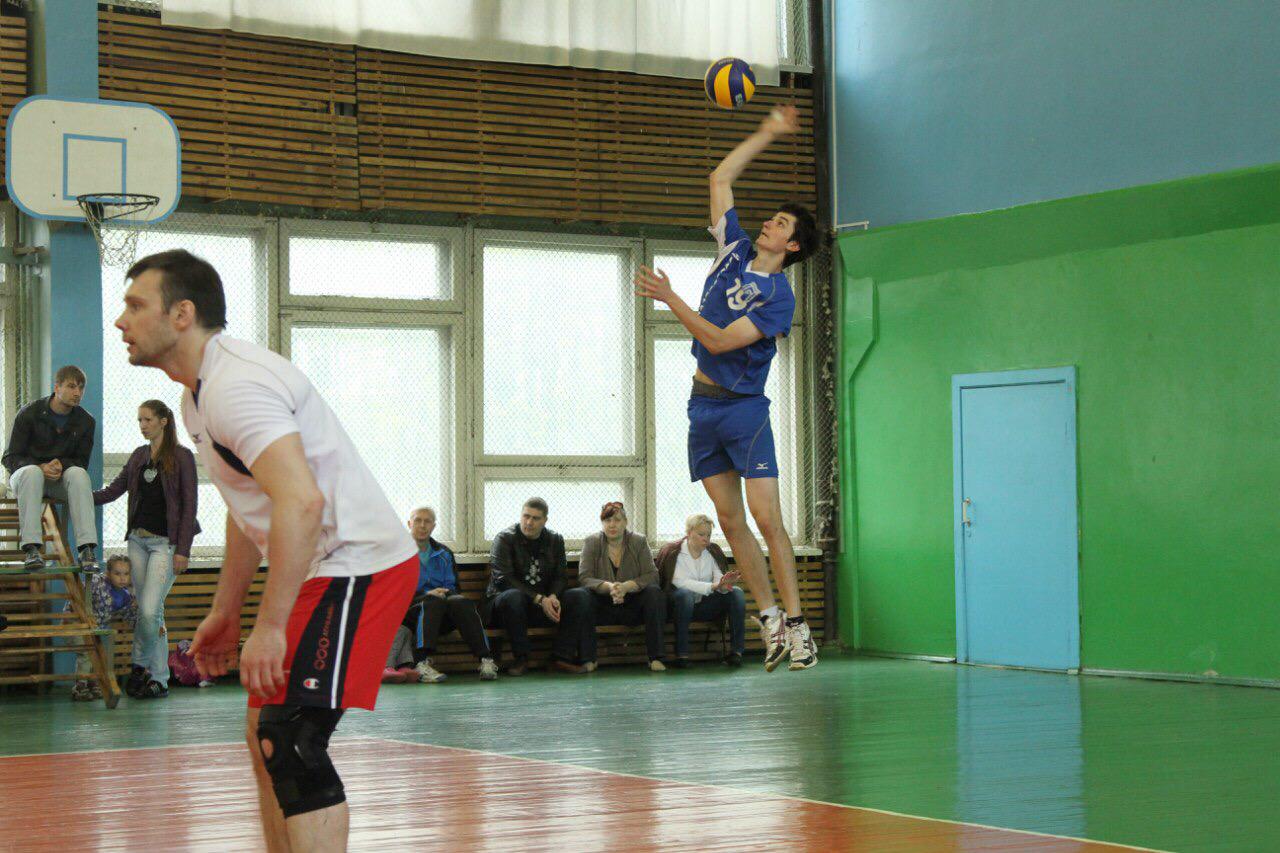 Nikita: Russia's first all-season beach sports center "Dynamite" was opened in 2010. I showed up to play beach volleyball for the opening ceremony. I lost and when I was about to leave, I accidentally saw people playing beach tennis! I came to watch… 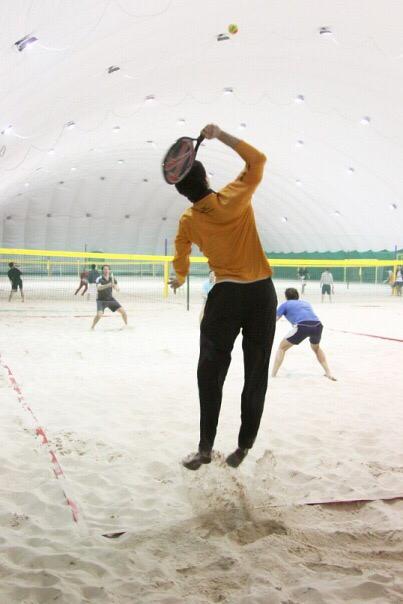 BT: Your first partner and tournament?

Nikita: In a few days there was a qualifying tournament to the Russian national team. To decide who will go to the World and European Championships. I sent an application and trained several times. I got a partner by accident at the last minute. It was Pavel Rezanko, an Amateur player, but a great fighter. We got in the first round on the strongest at that time Russian double Staheev-Kravtsov and even took a couple of games. 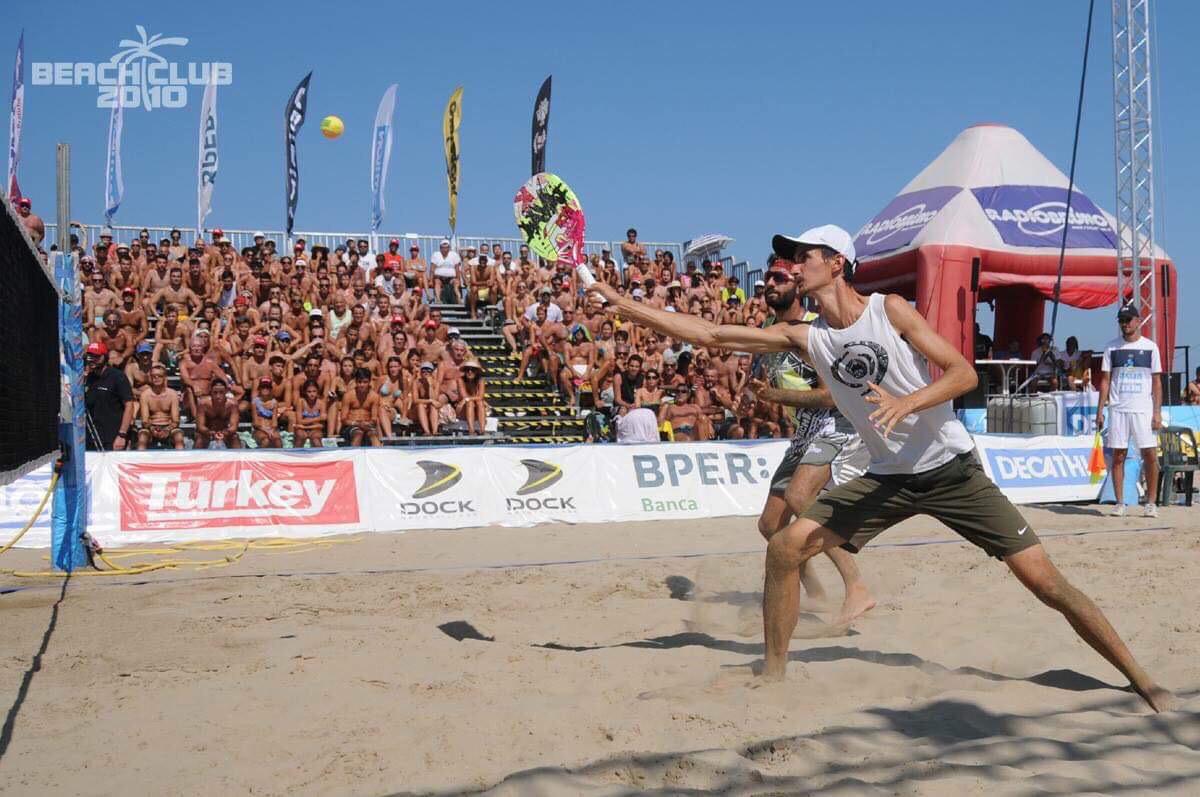 BT: Why did you choose beach tennis?

Nikita: Tennis on the beach in theory was the perfect combination for me. I chose it when I learned that beach tennis is a new sport, officially recognized by the Ministry of sports of the Russian Federation, and international tennis Federation (ITF) tries to grow it. It has a World and European Championships, as well as a series of tournaments around the world. And every year beach tennis is growing and developing.

BT: Who made a significant contribution to the development of you as a player?

Nikita: First of all, my father, Gennady Burmakin. He trained me from my first sports day, taught me to be an athlete, to grow and not to give up. By the way, on the day of my departure for the tournament in Aruba we had a great workout. I thank the Tennis Federation of Russia, especially Shamil Tarpishchev And Dmitry Vikharev. They believed in the new sport, gave it a green light and are actively involved in the development of beach tennis not only in our country but all over the world! Today we have the most important tournaments: World Team Championship and one of the biggest tournaments on tour in Kazan. The most important role was played by Kirill Makarov, who opened the first indoor beach center in our country (Dynamite In St. Petersburg), where many members of the Russian national teams in beach tennis, football and volleyball trained and performed. If it hadn't happened, I wouldn't have started playing. Now the tennis Federation of St. Petersburg supports beach tennis and train the main part for the Russian national team.

Dr. Rinat Akbarov, who I met 4 days before my first and one of the main victories at the WTC in Moscow, just makes miracles with my body. He helped me to recover from incredibly bad psycho-physical condition, after the hard defeat in Kazan. He helped me to get together and win impossible matches from the legends of beach tennis. Since then, we have been working with him, making rehabilitation and preparing for new starts. Of course, many more people contributed to my victories, I remember and appreciate everyone!

BT: When did you start to dream to be the first?

Nikita: I had this dream when I first saw beach tennis. I really got interested in beach tennis, qualified for the Russian national team and began to travel to tournaments. I really felt that I could be the first when we won the world team championship in Moscow in the final against Italy in 2016. The Russian national team made impossible, having won against the first men double and at the first mix double in dramatic duels. But in those days I couldn’t win several matches in a row at a high level. But over the years, it came. To qualify for the first place in the world ranking it was necessary to reach the finals of the three biggest tournaments and win 10 other tournaments during the year.

The fate of the first place was decided at the final in Aruba, where I had to win to fulfill my dream. In the semifinal, we set a record for the duration of the match: 3 hours 17 minutes and won with the score 3/6 7/6 7/6 (13-11). We’ve played 4 matchballs! The final took place in 2 hours and again a strong-willed victory! To be honest, I still can't believe that everything worked out!

BT: The most important victories for you?

Nikita: Yes, she recently took 2nd place in the city championship. We just play for fun and for development. Let's see what happens next. 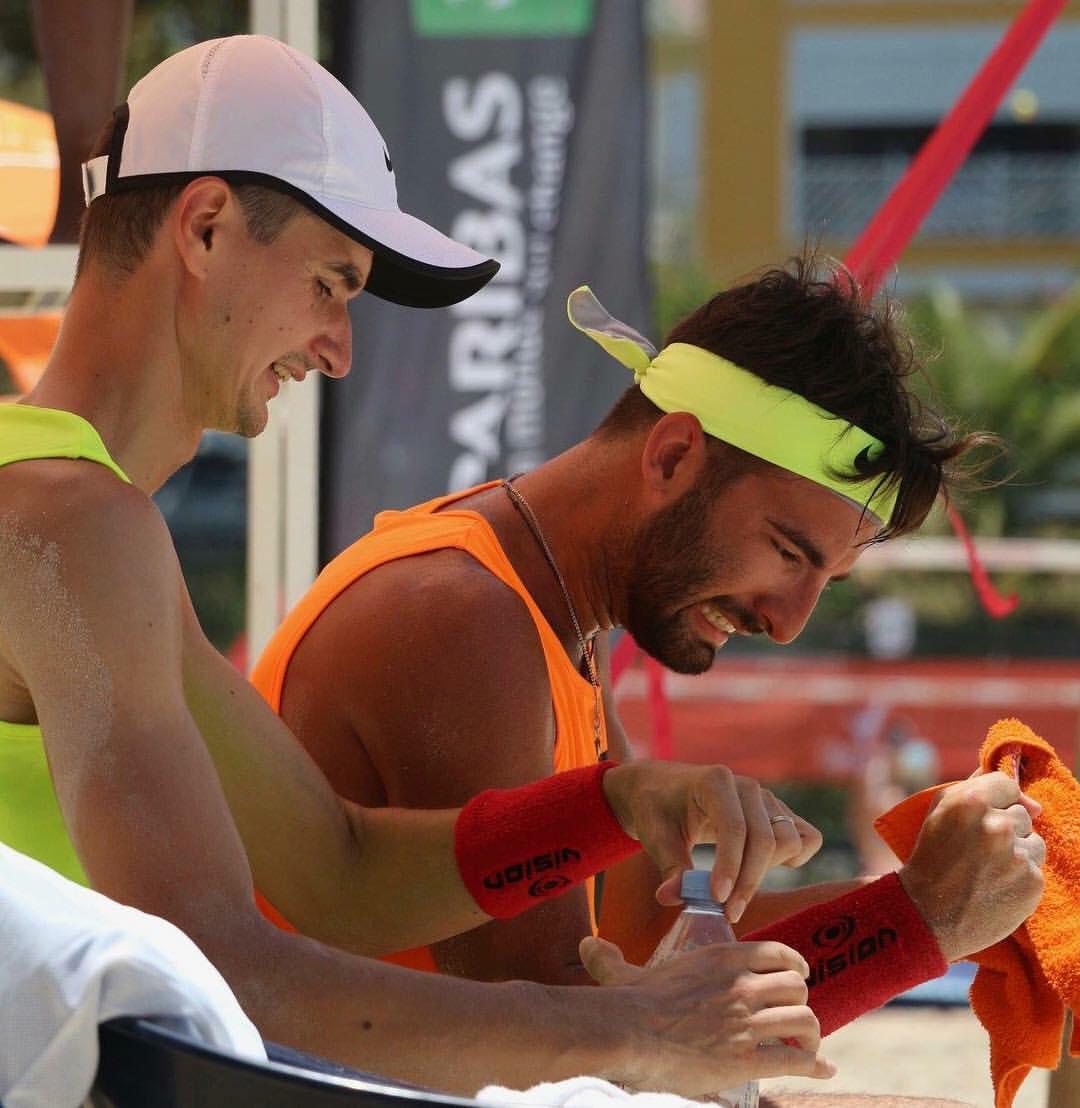 BT: You already have all kinds of awards and titles in the beach tennis, you are the first number of the world ranking, what are your plans?

Nikita: World beach games in San Diego! They are held by the Association of National Olympic committees (ANOC). This is the most important event in our sports life, and we will seriously prepare for the fight for the medals! We also hope that beach tennis will be presented at the Olympics in 2024, and in 2028 will be included in the program of the Olympics!

Speaking of the ranking, as all the former first rackets say – it is easier to become number 1 than to hold the position. So now the new task is to stay on top. The nearest threat comes just in two weeks in the tournaments in South Africa, where my partner (Giovannini) can play with another player in the hope to overtake me in the ranking. On the court we make a sports game, behind the court - strategic. I always have to keep up. Points for last year's victories will burn soon, so I have to confirm it again!

I also dream of a good sponsor. So far, unfortunately, the life of beach tennis players is financially difficult, even for the first rackets of the world. We can only dream of professionalism, while holding on to great enthusiasm and love for sports. I am open to cooperation.

Beach tennis is actively developing. At the final of the World Championships in Italy was attended by about 4 thousand spectators, and the video stream has gained about 50 thousand views. The geography of tournaments is very extensive and diverse - all Europe, Russia, America, Caribbean, Brazil, Ecuador, South Africa, Thailand, Japan and many other countries. The ITF is actively working on the adaptation of the picture and the format of the game for TV broadcasts. By the way, the world beach games 2019 in San Diego will be broadcast on NBC and NBC Olympics! So I continue to work! Davai!