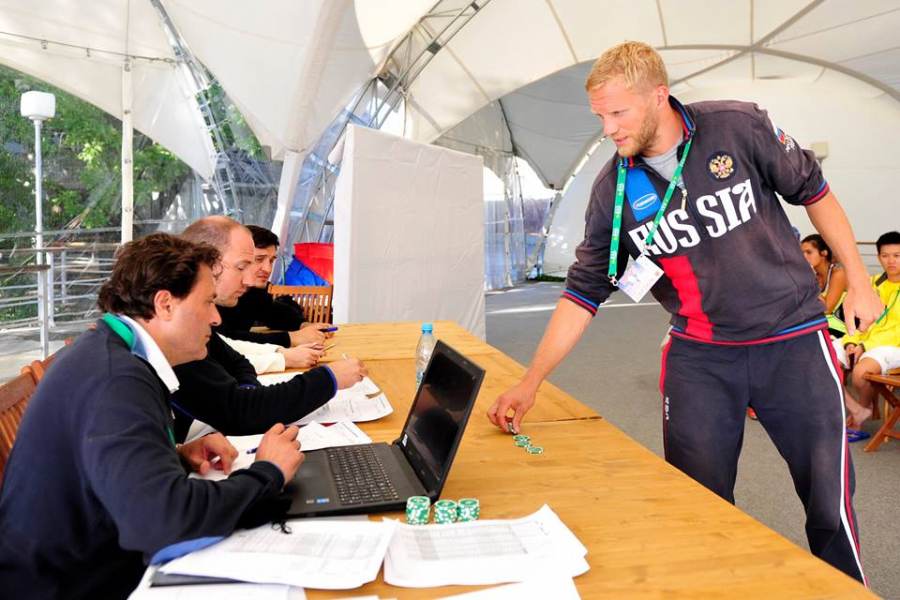 Russian team will start defending the title of world champions from the second round, as well as all 8 seeding teams. For the first time in three years, the Russians can meet with the Italian team at the semi-final stage. Brazilians by tradition and by right of the second seeded were at the bottom of the standings, along with France, Venezuela and Spain.

On tuesday, there will be 9 first round games played. For teams that have passed through qualification, this will be the second game. Poland, defeating the Egyptians, went to San Marino. Team Chile in the qualification passed the Slovakia and will meet with Latvia. Team Thailand in equal fight overcame Moldova and will play with Morocco. And Ecuadorians confidently debuted in the tournament with a victory over the team of the Netherlands and in the first round they will meet with the national team of Cyprus.

Should be noted that this year the draw of teams was distributed in such a way that no matchs of the first round teams from the same or closely located regions do not meet.

This year 12 teams entered the junior tournament. They were decided to be divided into 4 subgroups. Since the junior rating does not officially exist, the seeded is carried out on the basis of the results of the previous year. Teams that took 1st to 4th place in the previous championship, headed each of the subgroups. They are teams from Italy, Brazil, Russia and Lithuania. The seats of the other teams were distributed randomly. So, for example, the team of Russia already at the subgroup stage will be opposed by Venezuela. In the playoffs will only 4 teams. The rest will fight for places from the 5th to the 8th and from the 9th to the 12th.

In 2017, due to the large number of participants for the first time, a qualification of 8 teams was conducted.