The VI World Team beach tennis Championship, which was held with support of the Moscow Department of sport and tourism, ended. 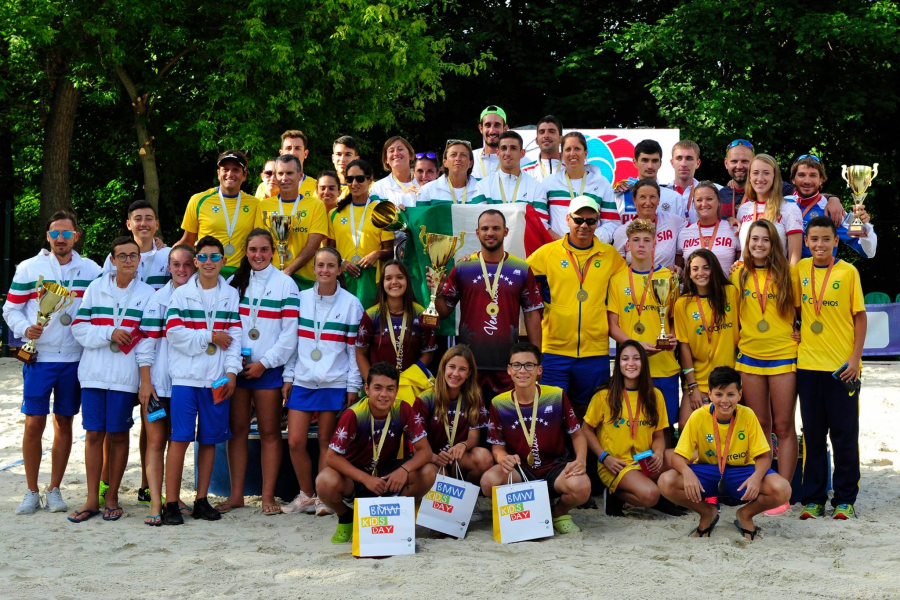 The champion of 2017 in the adult professional category became Italy, the founder of beach tennis. In dramatic final under the leadership of Simona Bonadonna Italians won with the score 2:0 against Brazil.

The Russian team won the bronze medal this time, beating a team from France. In the Junior tournament, which was held already for the 3rd time, unexpectedly for everybody won Venezuela, with the captain Pedro Enrique Peñalver. And here is his comment to this historic moment: “I'm very happy for everything, and for the result that we had last week, it was like a dream come true! I want to say thanks to Beach Tennis Russia and Russian Tennis Federation for make possible the event, Venezuela federation for give me the opportunity, and my family for the support. I don't know if I'm going to continue like a captain, but I will help for sure. Now I'm focused to be back on the circuit. The beach tennis is growing in Venezuela, we have a lot of new players! We have a bad situation over there, but beach tennis is like an escape for a lot of people, that's why we have that growing, it's a way to be in shape, share with the family or compete. Beach tennis for me is a style of life!” Silver was taken by the previous Champions – the Italians, and bronze went to the juniors from Brazil.

Amazing atmosphere we had this year on the courts: despite the rainy weather, the fan stands roared, the athletes communicated with BT Russia correspondents in our live transmission and participate in interactive contests. The spectators also participated with pleasure in competitions "Beach Nostradamus", "Talent Show", "Instagram" and other activities, and all the winners, of course, received gifts from our partners.

There was an exciting entertainment program for spectators and participants on courts. Younger guests had a great time in the Junior campus, where they tried themselves as real drivers, and for men and boys the trendy barbershop was making stylish haircuts all the weekend, and of course everybody could try and buy beach tennis outfit and rackets. A great food court worked on courts all the week, where everyone could find something tasty: from the space cake in a tube, to the hot grilled sausages with crispy fries. There was also a WTC souvenirs market with special cakes, bracelets, t-shirts, hoodies, toys and many more. And, of course, every guest could get an autograph of the favorite top player on the pages of our brochures and posters.

For the newbies of the championship there was a fascinating Moscow tour on Saturday, and on Sunday right after the awards ceremony, an unforgettable party was held at the Renaissance Monarch hotel for all the players. The award ceremony this year was also special, in addition to the traditional awarding of medals, commemorative plates and cups, we awarded the winners of the contest "Miss and Mister Beach Tennis". The voting was held all the week in social media, and in the end Irina Glimakova (Russia) and Vinicius Font (Brazil) were crowned as Miss and Mr. Beach tennis, awarded with Oscar, 5* hotel certificates and stylish clock from our partners.

A lot of warm words this year we heard from the participants and guests of the championship, and we want to thank you all for this. We hope that in the future we continue to go to the new goals together.