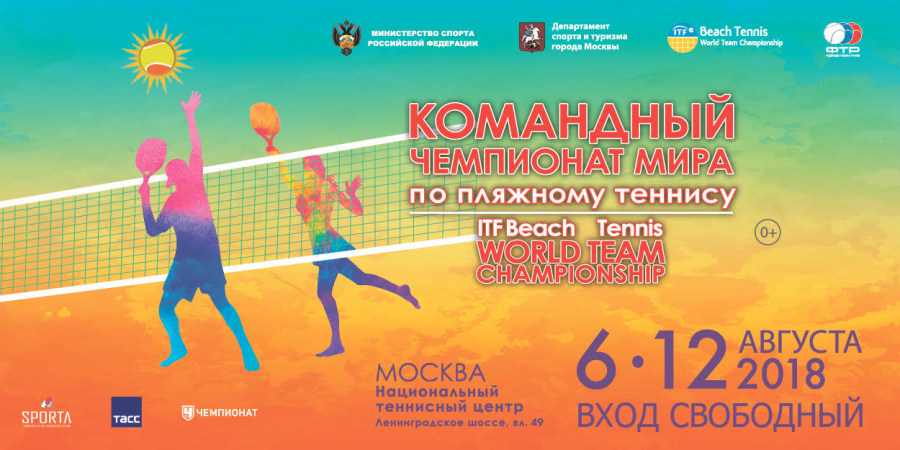 Just one month after the finals of the FIFA World Cup, Moscow will move from football to beach tennis as another international sporting team event arrives in the city.
Host nation Russia will welcome nations from five continents to their capital city for the seventh edition of the Beach Tennis World Team Championship, which takes place on 7-12 August at the National Tennis Centre.

Entries have been received from 27 nations and this year two nations that have never previously competed will send teams: Aruba and South Africa.

Last year's winners, Italy, will be looking to defend their title, while host nation and 2016 winners Russia will be fighting to reclaim the title after finishing third in 2017.

A junior event for players aged 14 and under will take place for a fourth time, providing players the opportunity to experience representing their nation on the international stage once again.

Defending junior champions, Venezuela, will also be hunting for the win, having become the first non-Italian country to win the junior competition in 2017.

If you attend this event we would love to see your photos which you can share with other beach tennis enthusiasts via our official social media accounts.