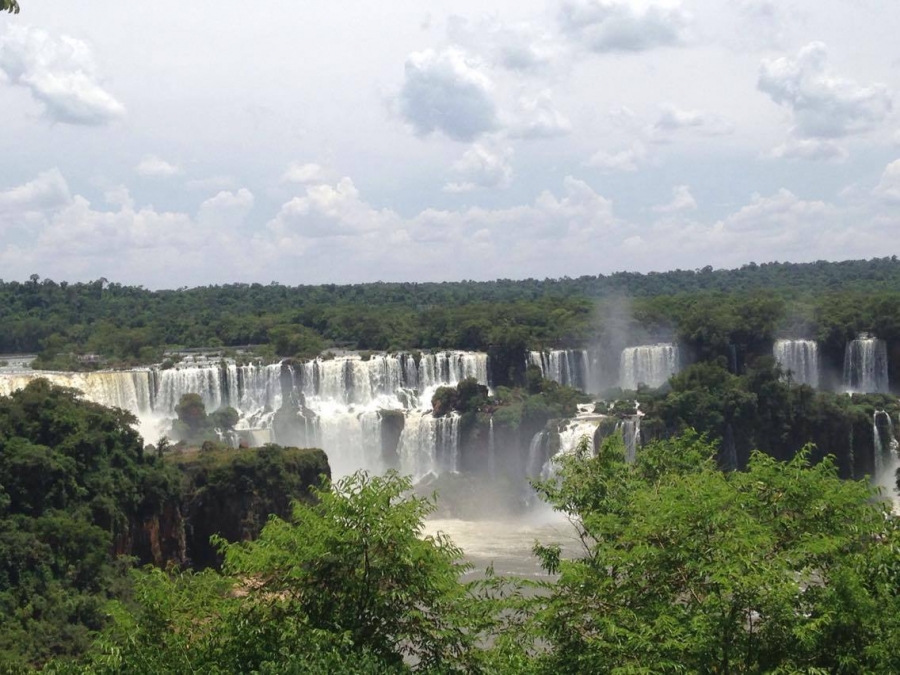 "Rio is crystal dream of my childhood! Keep your dirty hands off it!", - said Bender, when Shura tried to talk to him about Brazil.

For sure he idealized this Pan-American country. No one go here in white pants, it's not smart: too dusty and too hot. And I will disappoint you, wild monkeys can be found only in the jungle, or their tourist version - on the Corcovado mountain. But Brazil loves sports! You can play beach tennis like everywhere, from the sands of famoius Ipanema to the endless beaches of the North and South of the country. 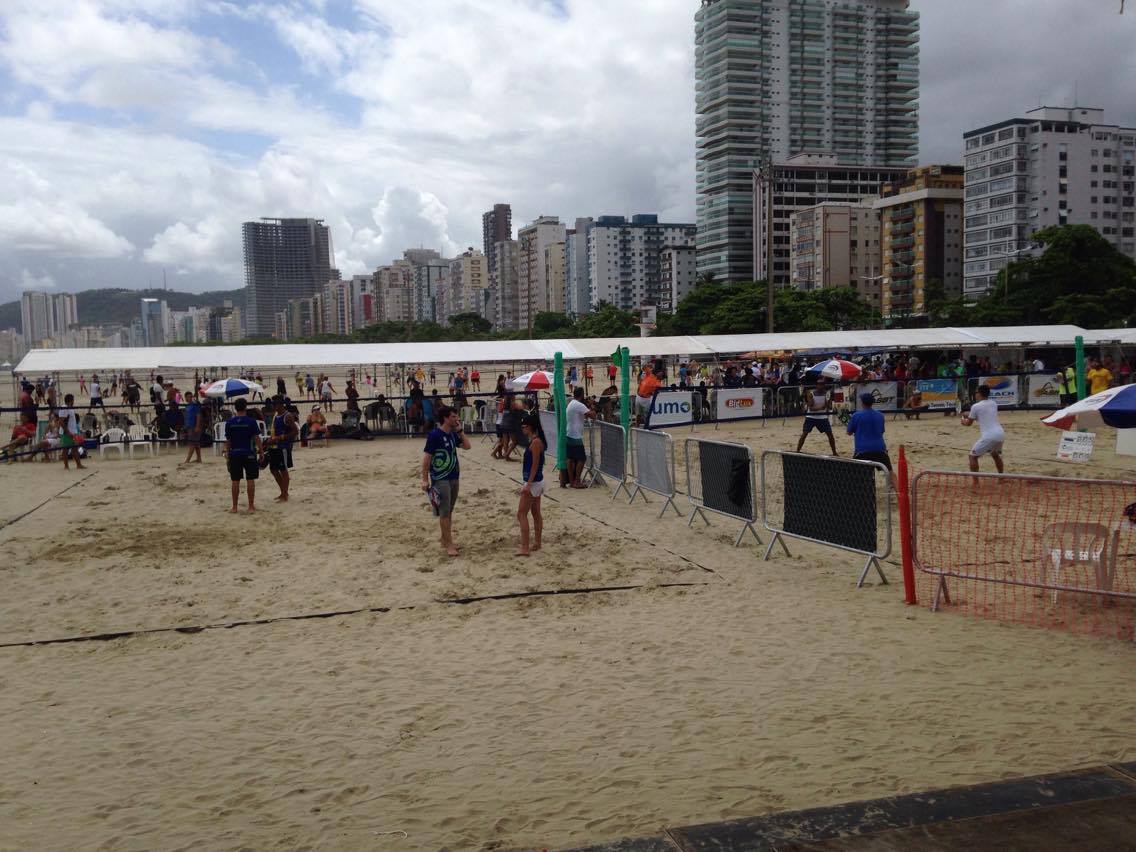 The first Brazilian tournament of the 2016 season took place in Santos, a two-hour drive from Sao Paulo by bus. I want to add that public transport in Brazil is another extreme sport. For example, to drive a city bus, standing and never fall – the real chance to become a professional surfer. But back to the tournament: As usual in Brazil the tournament was played from "millions" of categories. Honestly, I couldn’t figure out how many and what kind of levels and categories they had. However, all 20 courts were busy from early morning till evening. Still don’t understand how we managed to find a place not only to train but also to play. Maybe magic fluids of my Brazilian partner helped. But where were no magic, it's on massage table. Just imagine 400 participants and only one therapist!!! First comers tried to watch the free space, then there were a list of appointment. But since no one knew how long it would take, everybody missed their appointment, so the system didn’t working at all. I was lucky to go there once and even did massage for one foot. After this I had to go to play the semifinals of the mixed doubles. By the way, maybe I missed the massage of my second leg for win against the Font?! :) And on the last day therapist probably tired of pressure and totally disappeared. I explain the popularity of the massage by the quality of courts. With the exception of four Central areas, they were more like hard ground tennis courts where we could play in sneakers and with a rebound. However, for those who were seeded, these problems did not exist. All these games were put on the best 4 courts, and also seeded doubles got free accommodation at the hotel. And that's the true Brazil: someone lives in favela, and someone lives with panoramic views of Copacabana. Someone play on the soft sand, and someone says "goodbye" to the knees and back. 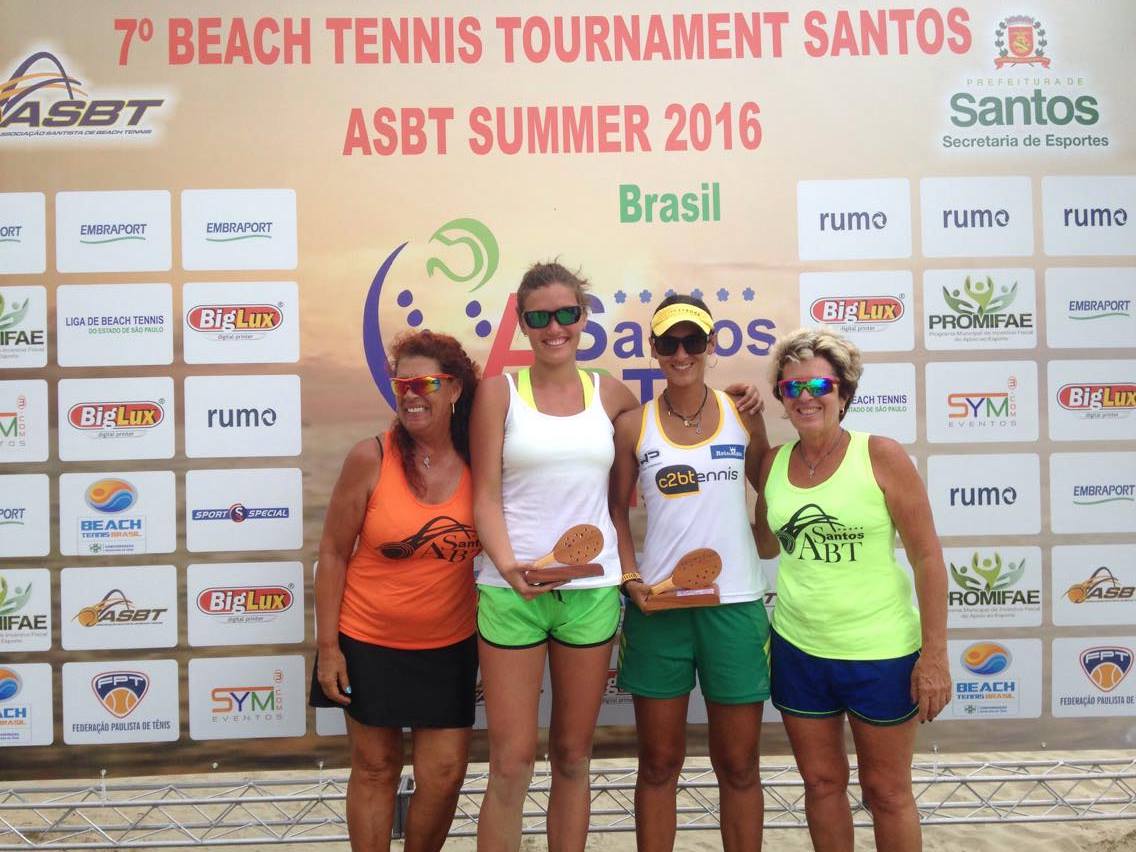 Now a little about the place and the atmosphere: it was very comfortable, hotels, restaurants, shops - all within walking distance from the courts. Also Santos is considered to be very safe resort, you don't even have to remove the jewelry.

About food: I decided to make a short list of the Brazilian great things («gostosas»).

1) Acai. Frozen mixed berries, giving energy and strength. Is recommended to eat before matches or as a dessert. It is better to add granola, strawberries and bananas.

2) Meat. I can sing songs for Brazilian meat, it's amazing! For the full atmosphere, I recommend to go to "churrascaria" (steak-house) - restaurants with no order. The waiters constantly walk around the room with different varieties of freshly cooked meat. This is so delicious! 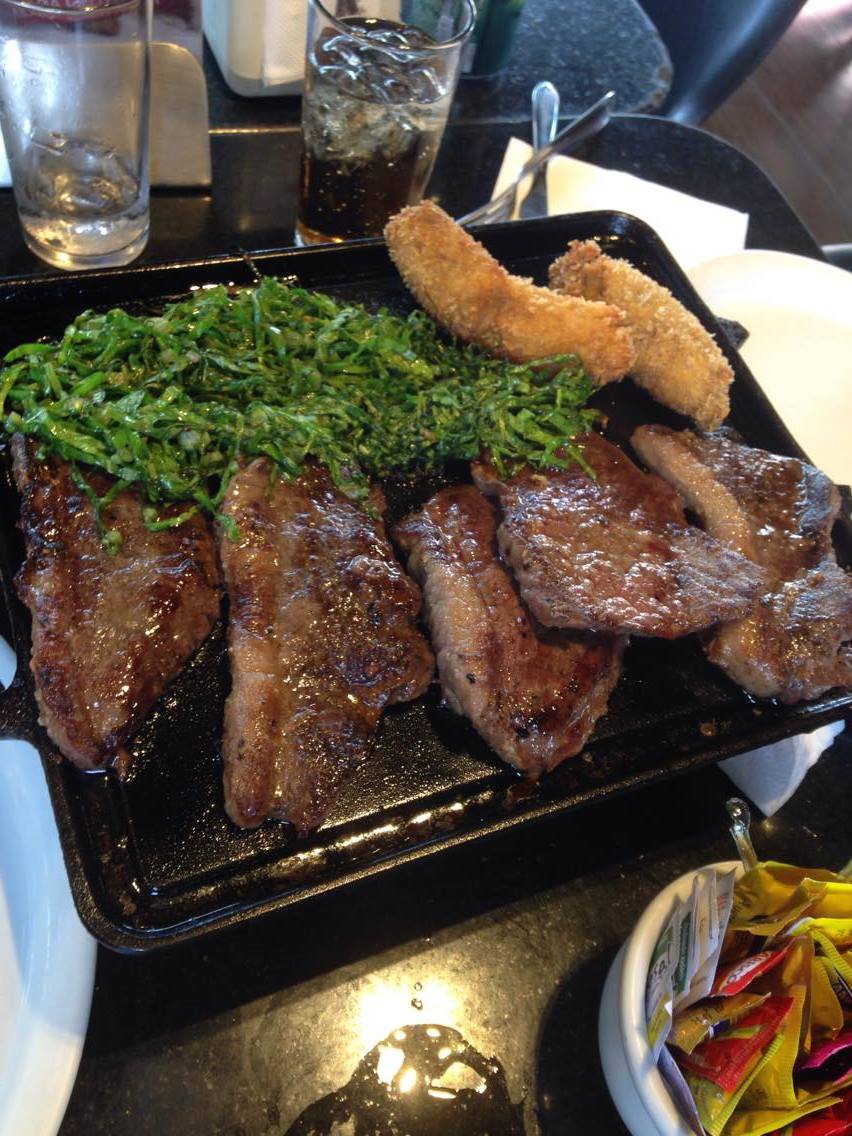 3) Coconut water. Sold in all the shops and bars as a refreshing drink. But, of course, everyone should at least once try a real coconut and drink it on the beach with ocean view. 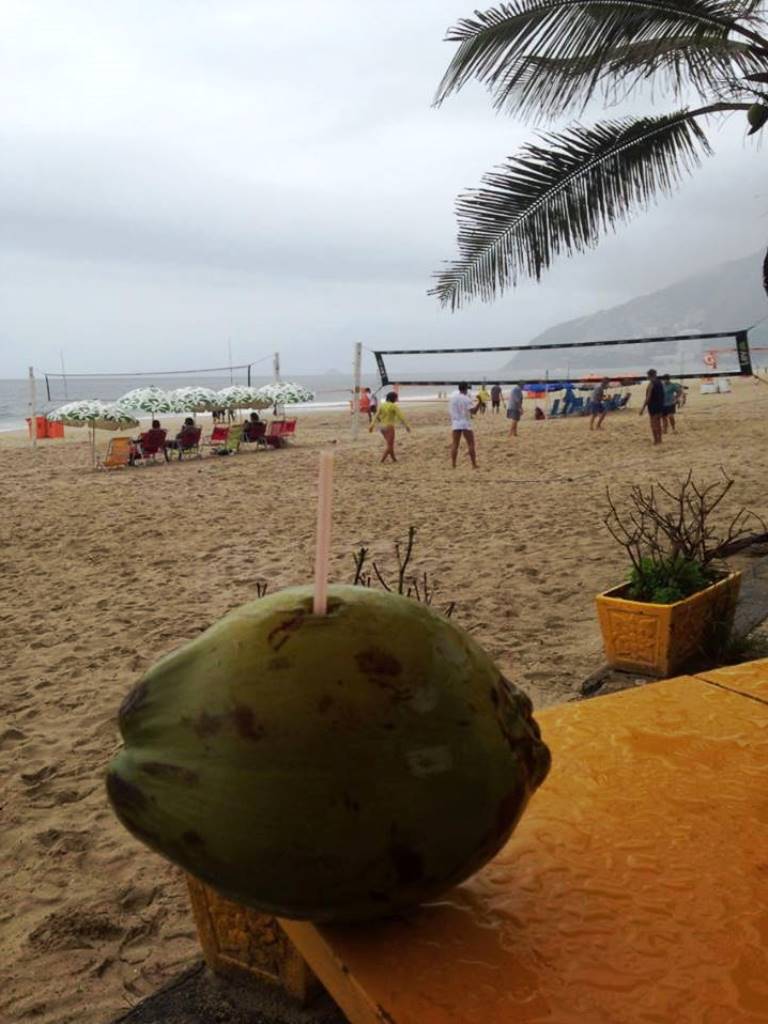 4) Mate. The variety of tea. In the South they drink it hot mugs of pumpkin (Calabash), in Rio as a cold drink.

5) Caipirinha. Famous alcoholic cocktail with Brazilian cachaça. What is interesting that locals prefer to replace the cachaça with vodka.

Brazil is not a synonym for the crime, you will not be killed or robbed if you don’t go where you shouldn't and be careful. However, this country teaches us to be careful and to keep an eye on your belongings. For the first time I didn't have to look for my havaianas across the beach. :) This is some progress...

PS.: After the tournament, I decided to feel like a tourist and went to the Iguazu falls... I strongly recommend!!! Only 15 hours on the bus and you find yourself in a fairy tale... So that’s how crystal dreams come true. 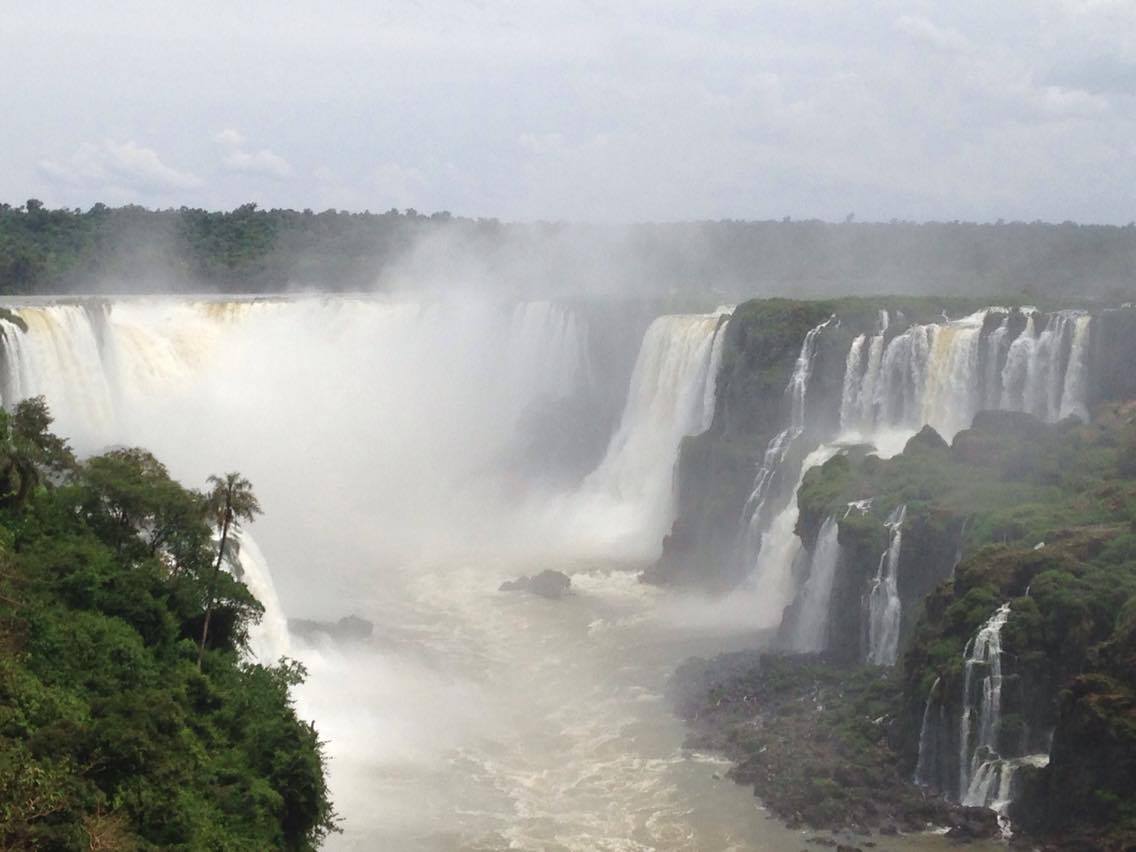 Written by Julia Chubarova
Edited and translated by Ekaterina Bobkova