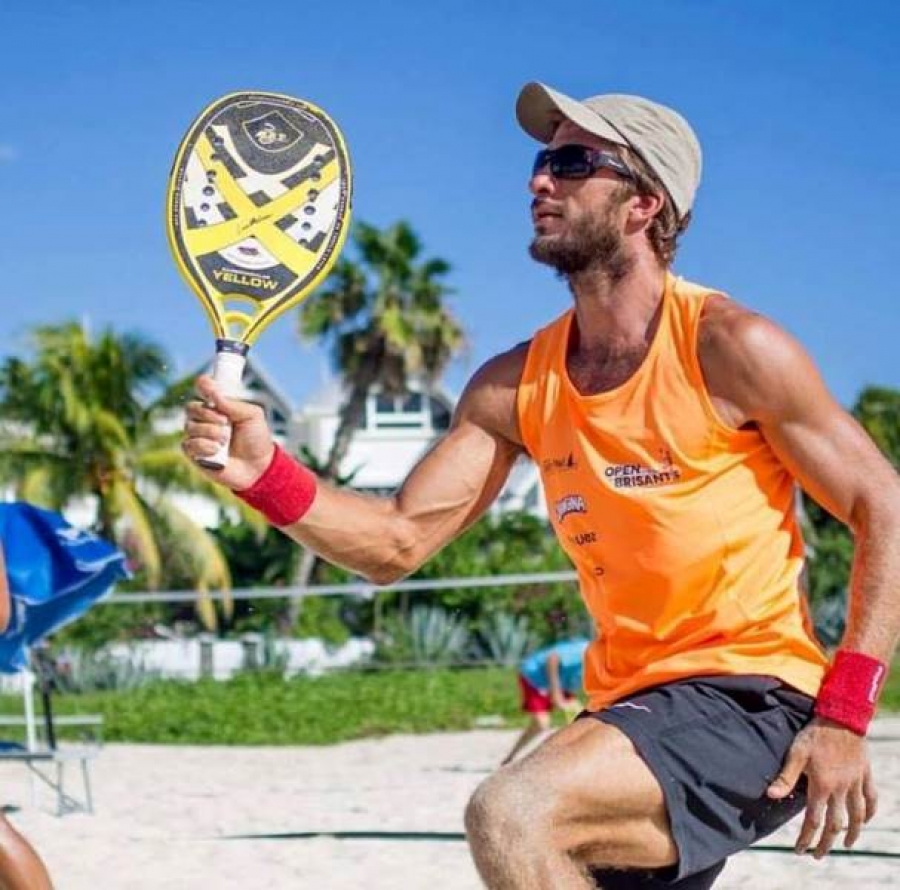 A few years ago friends invited me to try to play beach tennis.

"People come up with incredible ideas," the first thing I thought, and went to play. Later in my life there has been huge metamorphosis. I don’t think that it's all connected, but there is some mysticism. I liked the game, and I began to look for opportunities to participate in beach tennis competition or just practiced with friends in my free time. It wasn’t so often, from 2009 to 2012 I played not more than ten times. It was hard to call it as a hobby. But in that moment, I could not imagine that Beach Tennis gives me a new planet, full of adventure, exotic places, meet hundreds of interesting people from all over the world. And most important –  health. Now, 2 years later a full-fledged practice on the sand, I can say that in my 33 years I feel like 18. 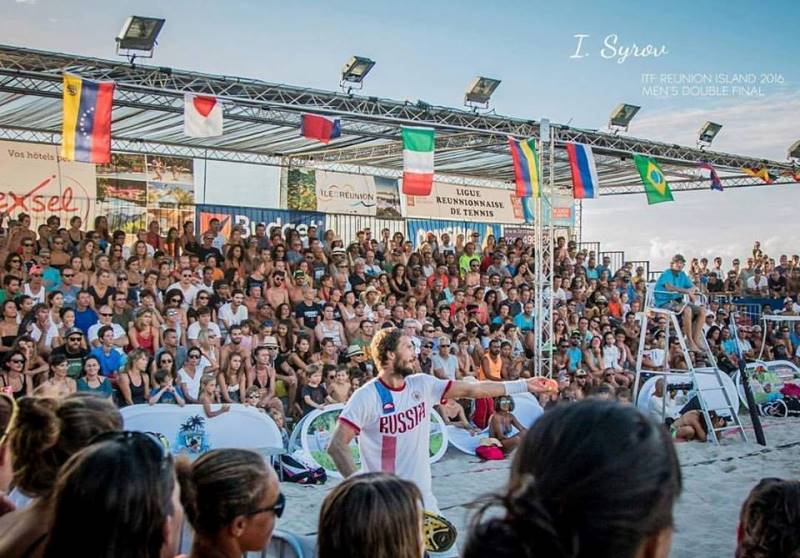 In beach tennis, you can easily split people into lovers and pros, but unlike other sports, all the participants move on the same route. Bt lovers - people who used to have an active holidays. If before they used to go for any tourist destinations, after discovering this new sport they first open the calendar of ITF tournaments, and then choose a place. Caribbean, Brazil, Japan, Islands of the Indian ocean, the Mediterranean, Black, Red, Baltic sea - no matter you love the heat or coolness, you can combine the rest with beach tennis almost everywhere. Since competitions are held among adults and juniors, family vacation has become even more interesting. During weekdays there is the opportunity to see the local sights, and on Saturday and Sunday to participate in the tournament on the beach! 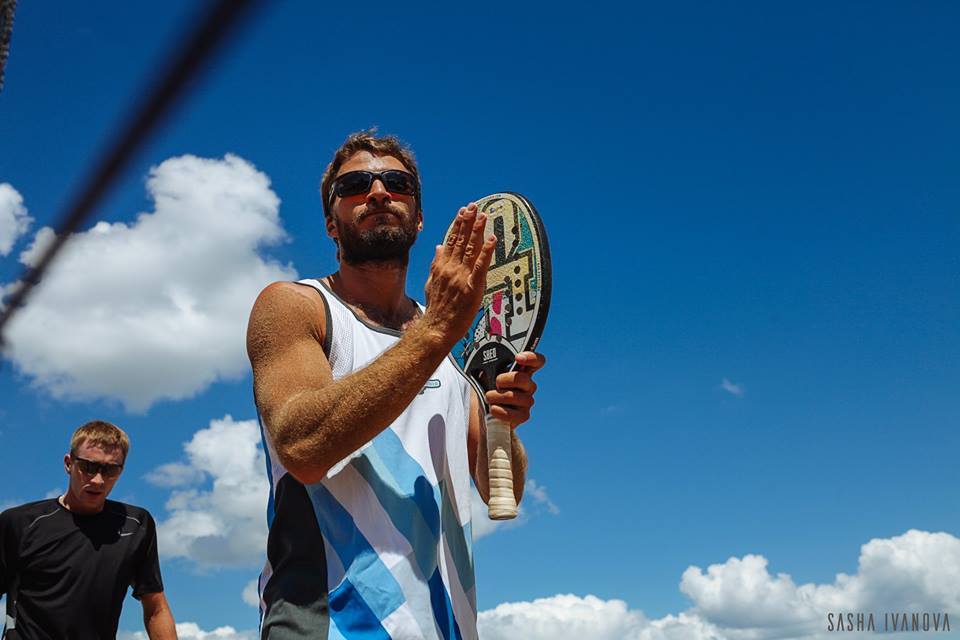 As for the professionals, these people make their living in beach tennis. Italy is a Mecca of beach tennis. There is an industry for the production of racquets, equipment and professional and amateur training for the players. Another center of beach tennis development is Reunion (France). This small but extremely beautiful Paradise, with its volcanoes, waterfalls, mountain rivers can be considered "Little Prince" in the world of beach tennis. Thousands locals of this island: children, adults and even elderly people like to play some balls with a racket on the sand after work or study on the daily or week basis.

Russia, which seems so cold and unsuitable for this southern sport, like the Basilica of St. Vitali at Ravenna, nondescript and unassuming from the outside, amazes the world with its luxurious interior and beauty. Wave of development of beach tennis in our region has reached its maximum. Centers of beach tennis appeared in Saint-Petersburg, Moscow, Samara, Saratov, Obninsk, Sochi. Army of bt lovers and children, playing beach tennis, is constantly growing. Russian professional players dominate at all over the world. Our experts are now called in different parts of the world to make master classes and clinics. And all this happened over the last 2-3 years. To play beach tennis is enough to have some skills in playing volleyball, badminton or tennis. So even every kid, practicing a few times, will be able to get pleasure from the game. Professional beach tennis consists of a large number of acrobatic jumps and an incredibly beautiful game. It is a real pleasure because the sand allows you to jump and fall as much as necessary, without any problems! 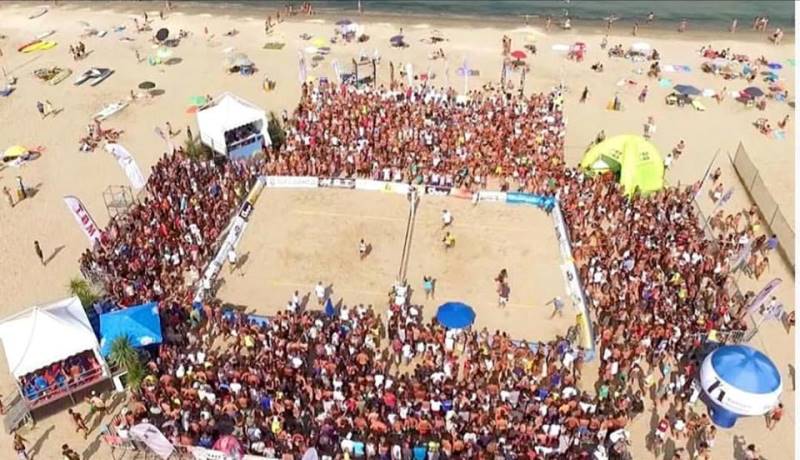 The story of the tennis younger brother begins in Italy, in 1978. In 2008, the international tennis Federation (ITF) accepted beach tennis is a professional sport, it’s fast development has affected a great number of countries around the world. Now in almost every part of the world you can participate in Amateur or Professional tournaments and even compete for international ranking points. The passion for this sport gives you not only the sports component, beach tennis usually played by people with a desire to communicate and travel. There is a combination of sports and leisure in all its glory. Now is the time for young players to collect their bonuses from interest in beach tennis. In the next few years, kids could easy get into their national teams. If you look at the calendar of competitions 2016, we can see a huge number of Junior tournaments. Italy, France, Brazil, Martinique, Reunion, Aruba — these fabulous destinations have now become not only resorts, but also the opportunity for the participation of kids in the world's largest Junior competitions of the ITF. 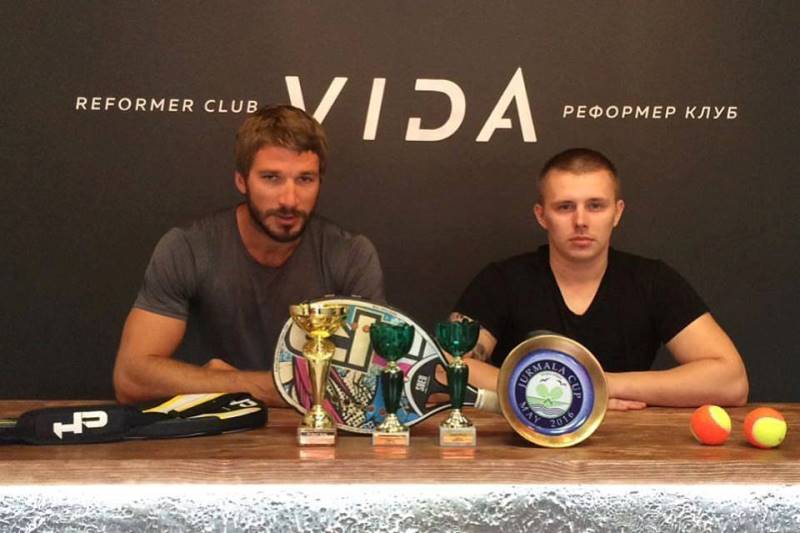 Important advantage of beach tennis is its positive effect on physical abilities of classic tennis players. Exercises on the sand increase speed and power quality, improve the coordination of movement. Muscles worked out in the sand deeper than any other surface, soft structure of sand prevents diseases of the musculoskeletal system. In St. Petersburg in recent years has opened 4 winter beach sport centers, with covered areas for playing beach tennis, beach volleyball and beach football. There are two types of centers - bouncy tents or stationary buildings, but both have heated sand. The atmosphere at the indoor beach centers is full of summer and fun. Usually trainings and competitions are held with fun music. And the group classes for children became a great alternative to classic sports trainings. The sand gives the most important thing — freedom of movement. It is possible to jump and fall safely; the sand is clean, soft and warm. In our climatic conditions, this is a great opportunity to have positive emotions, enjoy a few hours in a resort. 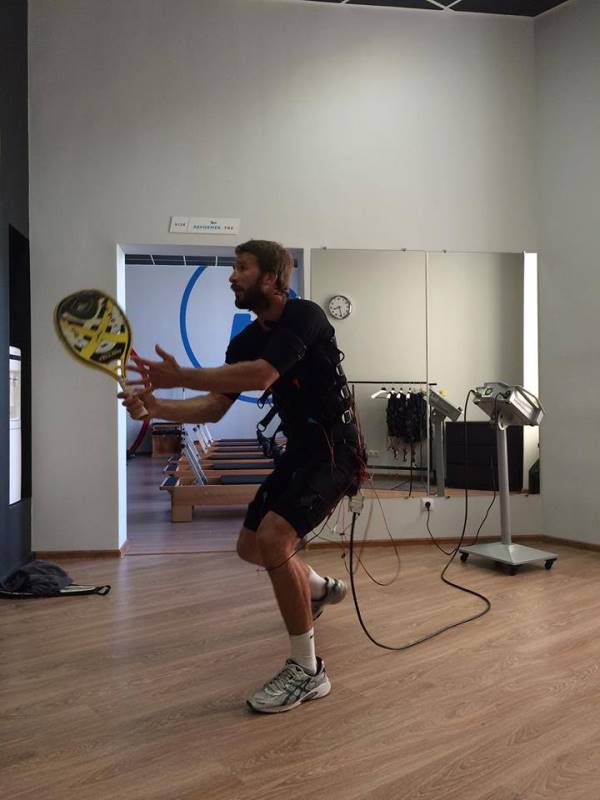 The history of beach volleyball has developed a few Olympic cycles ago. Beach tennis is a few steps away from becoming a full member of the sports world and be accepted as an Olympic sport. All the attributes already exist: tournaments are held around the world, and if last year's competition with a prize fund of 10, 000 $ was the largest, but this year it is planned 4 majors with a prize money fund of  50, 000 $ (similar to a Grand slam tournaments). We are also working hard to make a final "masters" with a prize Fund of 100,000$ in the end of the year. In 2015, the world community has learned that beach tennis can be played by people with disabilities. And now is not long to wait for recognition of "little brother" of the classic tennis as the Olympic and Paralympic sport. 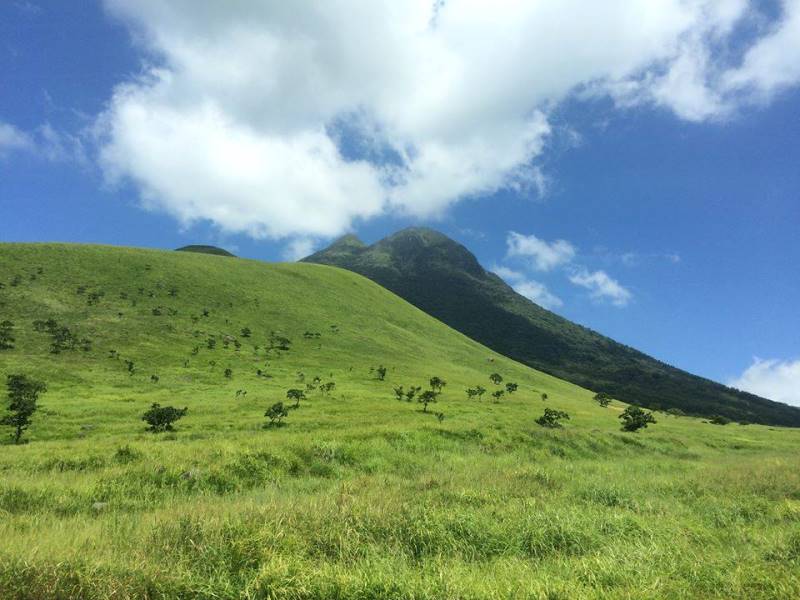 I share my impressions about this game from the country of the Rising Sun. After tournament in Fukuoka, I had 5 days until the next start in Miyazaki, so I decided to visit Beppu city, and to go to a small village nearby. I appreciate to beach tennis for having these memories for life. Before I tell the story and to say goodbye, I want to say that the main thing in life — to find strength to do what you love, then it will be beautiful.

So, there is a small village at the foot of the mountain Yufuin, at 500 meters above sea level. Clouds of steam get out of the ground everywhere. There are hot springs also in Beppu, but the water temperature barely reaches 70'c, and Yufuin hot springs have 80'c. And if you go up for 100 meters higher, the water comes out from the earth with 90'c! The useful properties of hot baths in combination with the incredible mountain views create a unique environment for relaxation and recovery. In the hot springs area there are unique mountain fireflies, their spring fellows can’t even dream about to shine at the end of August. The time for fireflies in Japan is June, and these little creatures pleased us with its shimmer even now. 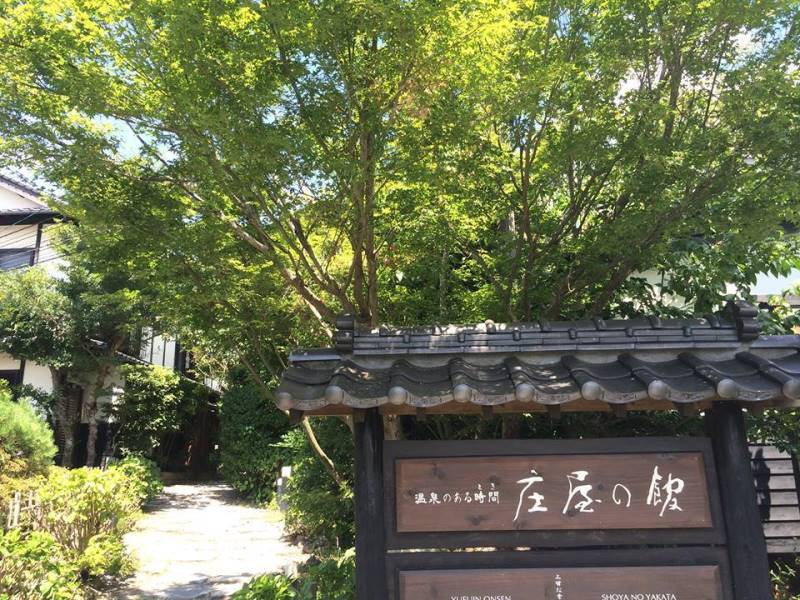 A few years ago after a serious earthquake the big peace of the mountain top was broken, and rocks fell down. Due to the nature of the landscape, the stones rolling from the top of 1300 meters, gathered into a dangerous stream. The rock stream reached the beginning of Yufuin village, sweeping away everything in its path. But the village was saved – there was a Sacred Lake, which prevented the tragedy, and the scales of the disaster weren’t so big. First, locals were very upset about destroyed houses and ruined lake. But later people restored the houses, cleared the lake of stones, and made it even deeper than before. Now people are grateful to the stones: the stones gave an extraordinary view from the high peaks to the village below after they fell down. The stars in the sky, despite diversity: Bears, Scorpion, Polar, the Princess with the Prince and the Lighthouse of their meetings — would not receive such attention. There was a stunning huge meteorite and its way in the 3/4 part of the sky until it melted into the background of the milky way. It flew so long that I had to make a lot of good wishes. So I think everybody will be ok! 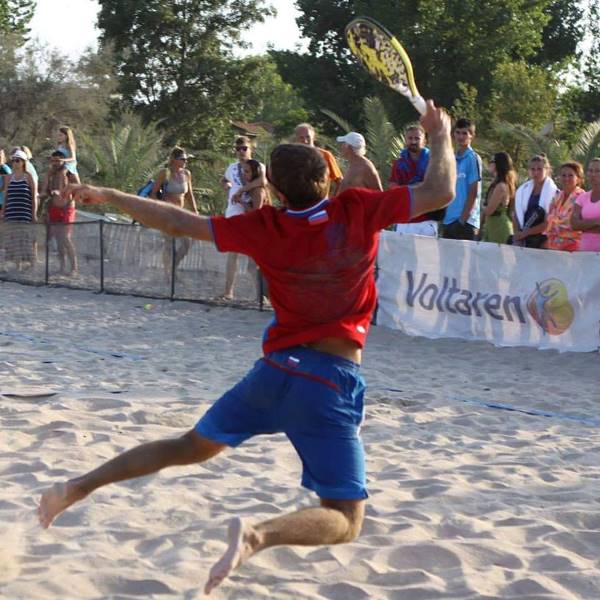