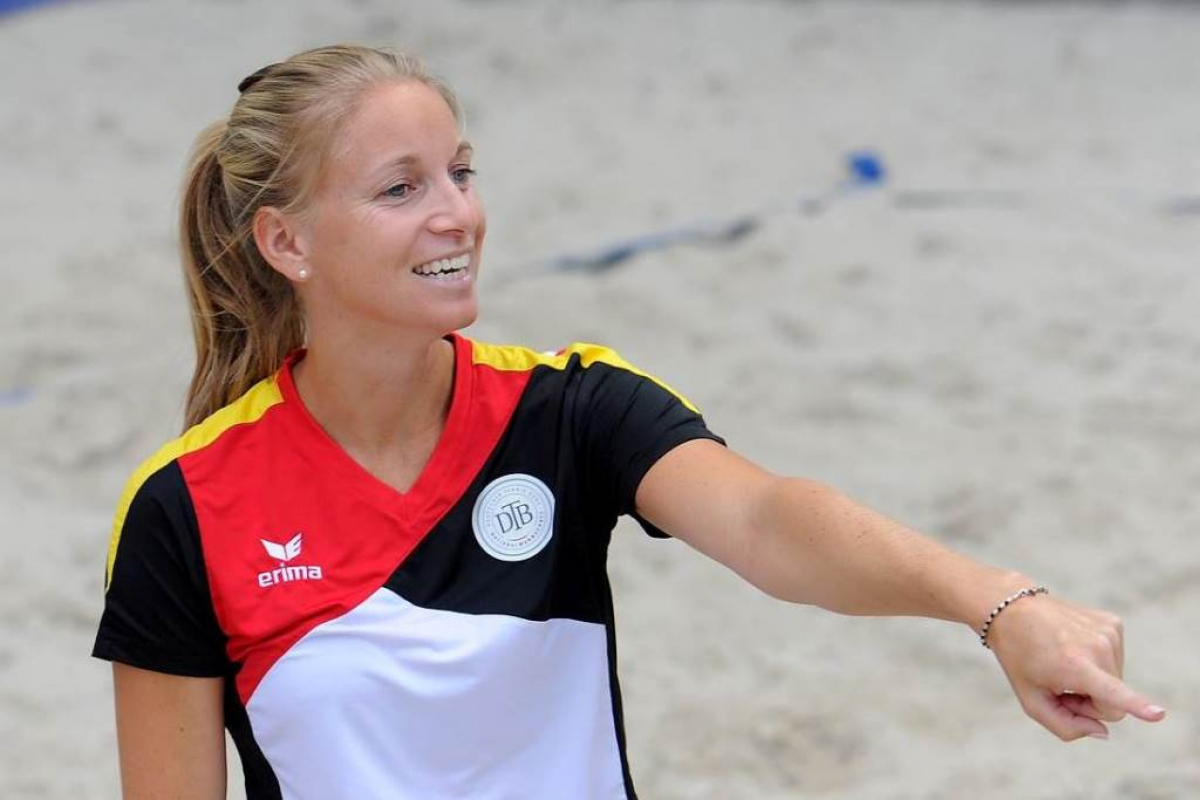 1. This year was incredible successful for you. Five champion titles, including one of the biggest tournaments in Aruba! Congratulations! What was the key to the success?

Maraike: Thanks a lot! In the beginning of 2018 I started playing with a new partner (Rafa Miiller from Brazil). We had some ups and downs in the beginning of the year, also because of some health problems from my side. After overcoming this, we got more and more used to each other and could work on our game together. We felt good from the very first tournament we played (in Guayaquil in 2017) but sometimes it needs time to stabilize the game on the court, especially if you almost never practice together. You could see that very well in our European summer season. From tournament to tournament we felt better, and had some great tournaments in the end in Saarlouis, and Terracina. Aruba was for sure one of our big goals of the season, as it is probably the most exciting tournament of the year for everyone. We prepared well (again not together), but both of us were in a really good shape, and we were finally very used to each other on the court, which is very important in deciding/critical moments of the match. In the end we really enjoyed the moments and fights on the court together, and I think all that brought the success.

2. Aruba for sure was great, but are there any other important victories or highlights this year for you?

Maraike: For me it was amazing to win a big and very profesionally organized tournament in my home country, Germany. The victory in Saarlouis was very special for me! It also meant a lot to us winning a big championship against the top teams of the world in Italy, the home country of the sport. So, winning the tournament in Terracina was a special achievement, too.

3. During the tournament in Aruba many athletes posted about the meeting of the Beach Tennis Players Association (BT-PA). There is even a website. Please tell us more about this. How did the idea of creating an association come up and what is the main mission of the association?

Maraike: The Beach Tennis Players Association (BT-PA) was created by the end of 2017 to work on the development of our beloved sport Beach Tennis. Our main goal is to improve the international Beach Tennis Tour and make it more professional and attractive for TV, livestream and sponsors. Therefore, we prepared different tools, in order to enable all players and organizers to participate actively in developing the sport. We would like to share ideas, and be “the voice and link” between players, organizers and the ITF.

During the Aruba tournament, we had our first “player’s meeting”, where we wanted to share ideas face to face. It was a good start to get the players more involved.
The idea to create this association came up because some of us players saw the need to change something. Before, many players were complaining individually to the ITF about their issues by sending e-mails. Sometimes they never got an answer from them, and sometimes they just had to wait for weeks or months to receive an answer from the ITF. Our goal is to get all the important ideas of players together, discuss them, and bring the most important points to the ITF. And the more players we are, the easier it will be to change things in a positive way for the future development of the sport. 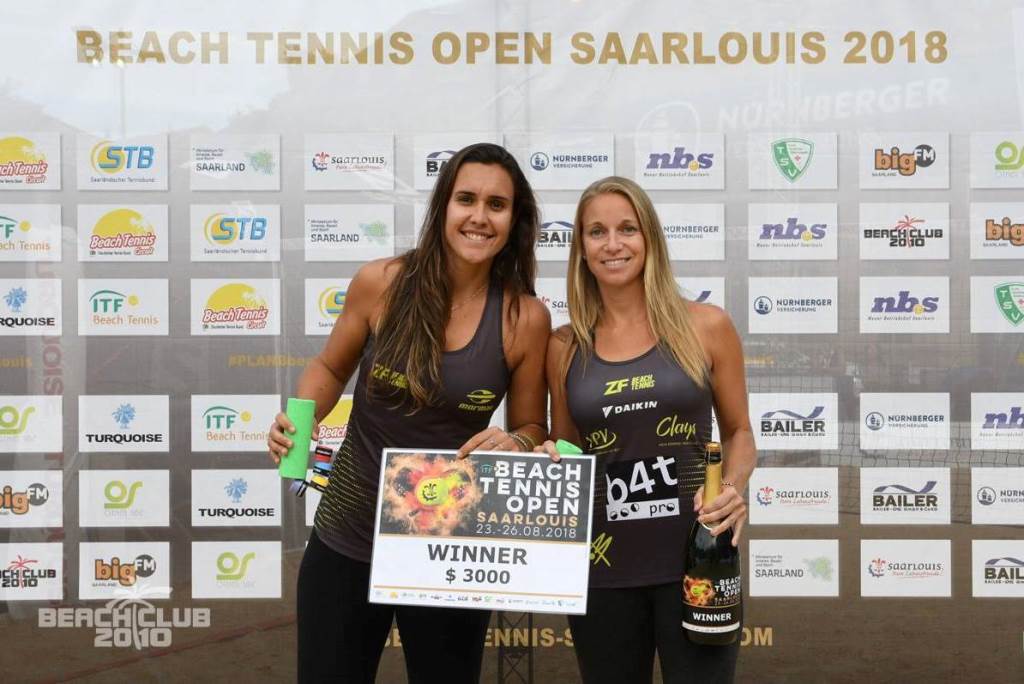 4. Are there already any decisions taken by the association? Something already implemented?

Maraike: Yes, the BT-PA has a lot of decisions taken. But what counts in the end is, what we reached effectively so far regarding the sport and the ITF.

We put a lot of pressure on the ITF to test the prohibited 3m-returning-zone rule as soon as possible. In the beginning it seemed unlikely to be even tested in 2018, but in the end our arguments to at least give it a try to test it, were strong enough. We also made surveys asking players if they would come to play the tournament, if we test this rule because some organizers were scared that the players wouldn’t like it. In the end, more than 90% of players wanted to test this rule, and the feedback from the tournaments were very positive. So for next year the rule will be introduced as a standard rule by the ITF.

Another point we wanted to get more control of, is the rule of the foot-fault. We know it is not perfect yet, but at least we go in the right direction. You could see that in tournaments like Aruba or Cervia. Professional line judges should be mandatory for professional tournaments, and we hope that step by step our sport will be more professional ;)

One of our future goals is also to get an easier working system for tournament registrations etc, and that should hopefully be introduced with the IPIN in 2019 by the ITF. 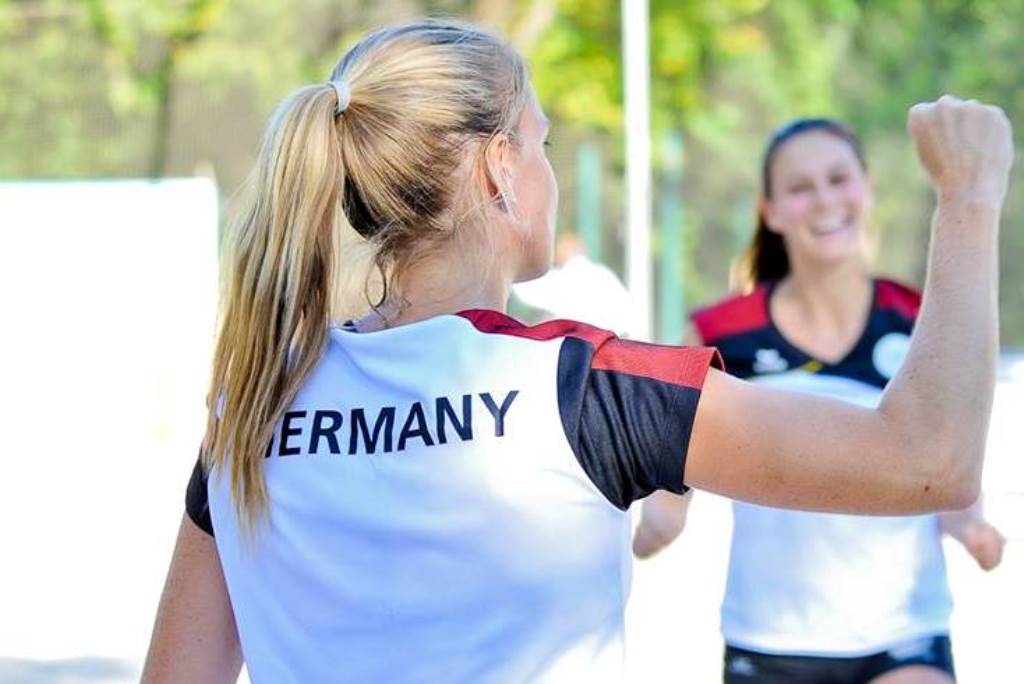 5. How were the members selected and what is their task?

Maraike: In general every player, and organizer can become a member on our website (www.bt-pa.com) for bringing up new ideas about how to make this sport bigger and more professional and discussing these ideas as well. So, there is no selection of the members! Everybody, who wants to develop the sport and share productive ideas, is very welcome to join.

6. Are you planning to select more people for the BT-PA-commission or change it? From whom will the commission be elected?

Maraike: In the beginning, we had to get started somehow. It was not easy to find the perfect way of selection to start with. We did not have the contacts of all players etc. So, we decided to make the voting and the first selection within the top-30 men’s and women’s players of the ITF ranking. That does not mean, that the BT-PA only represents the top-30 players. We just chose a criterion to make it work for the beginning. I am pretty sure that for the next selection of the commission, we can include some more players from different playing-levels. It was and is also important for us to have the same amount of male and female representatives in our commission, and from different countries and areas. 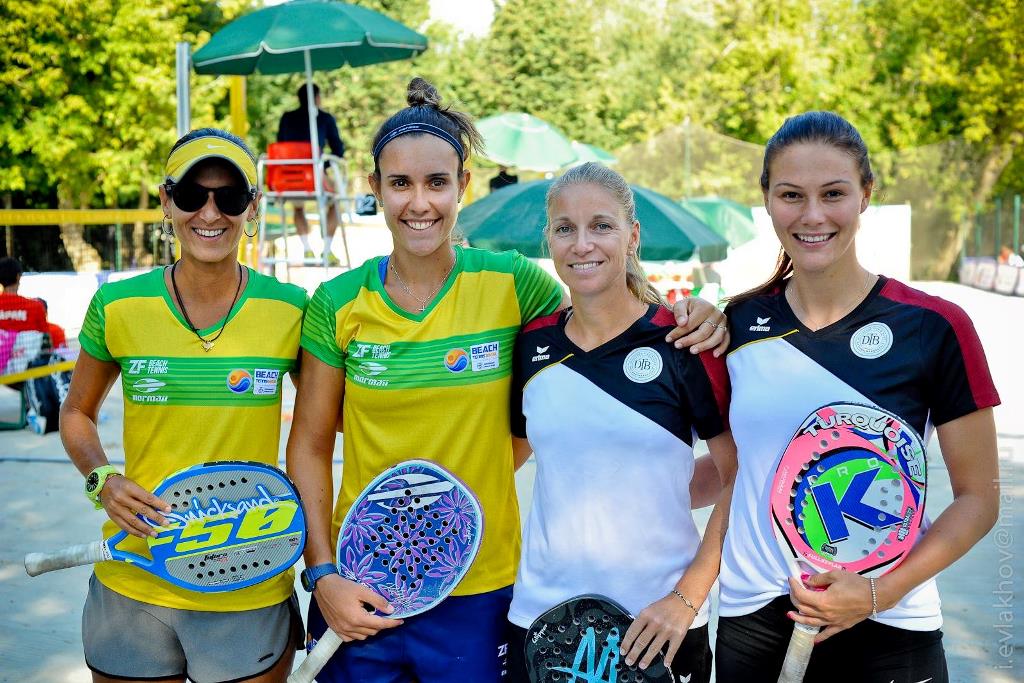 7. How can amateurs or non-top players suggest ideas for discussion?

Maraike: He or she can just sign-up on our website (www.bt-pa.com) and become a member. First he/she should read through all the uploaded data from the tour on the website, and our main mission. and then check the forums to actively discuss and participate.

8. Turning back to your sport career. You also help to develop BT in Germany. What important steps have you been taken this year in your country?

Maraike: I am helping to promote the sport as the project manager of Beach Tennis inside the Germany Tennis Federation. BT is developing well in Germany, but still not as fast as I would wish (laughing). The agency “PlanB” has already done a very good job in organizing the tournament in Saarlouis for the second year. For the future we would like to organize some more big tournaments in Germany, maybe already next year. We will keep you updated about that as soon as everything is official ;) 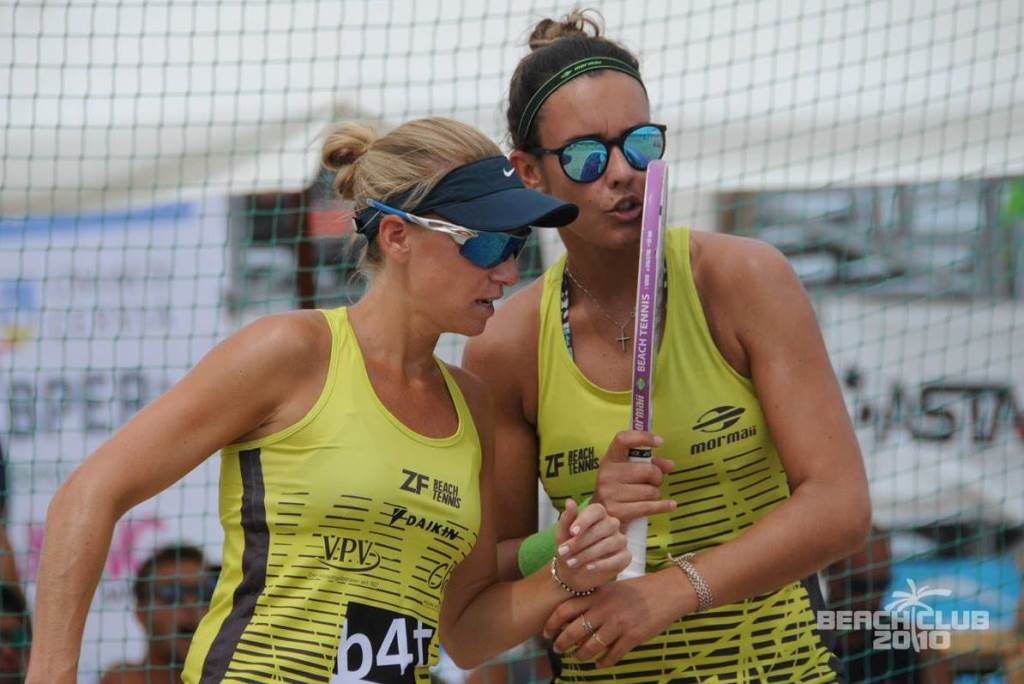 9. You had a great experience playing with Latin-players, like Patty Diaz or Rafaella Miiller. Are you going to continue to play with Rafa Miiller next year, or maybe going to try with a European player?

Maraike: Yes, I had great experiences playing with Latin-players, and I guess I really like the Latin vibes, so I should keep them (laughing). To be honest, I really love South America, but I do not chose my partner through the criterion of the country. Until now it is working well, so I am happy, and I am enjoying a lot… to answer your question: I keep on playing with Rafa (nothing against the European players though) ;)

10. Where do you train in Germany? Do you have training partners there? How do you stay in shape, playing all the important matches with girls from other parts of the world?

Maraike: I am from Berlin in Germany, and I mainly train in my tennis club, that has also one beach court. There are already some BT-players, but I also train sometimes with good tennis players, who adapt quickly to the game in order to feed me some good exercises. This is very important to stay in a good shape for BT. For sure, I also train in the gym, and besides I like to do some Yoga and running. For strategy etc. I mainly use the time at the tournaments to also play practice matches to keep up with that.
We also have a very big Beachvolleyball-Club (with 50 outdoor courts!), where I organize events, like the German Team Championships and university-classes. Luckily, we found an agreement with this cool club (“BeachMitte”) to create the first official Beach Tennis Club in Germany. So, in the future I will hopefully also train there in the summer.
In the winter it is another story how I train. Physical workouts are not the problem. We also have some indoor courts, but they are very expensive and not super easy to reach. Because of that, I train less during the winter, but I always try to play some tournaments in places, where I can also train a bit before the competitions itself.

11. Many great players have no sponsoring support. Do you have any sponsors? Did you get some new partners this year?

Maraike: The situation with sponsors is still very difficult for almost all the players. Some players are lucky, and get some good sponsors through private contacts etc. but in general it is not easy to get enough financial support to be able to fully concentrate on the sport.
I do have one main sponsor “b4t”, with who I hope to continue also in the future. I do not have a sponsor for Beach Tennis equipment, like racket and clothes because I did not like the ideas of some the BT-companies for a partnership. At the moment the players are the most valuable marketing tool for BT-companies, so the partnership should also be a real support for the player (for sure depending on the impact/ranking etc. of each player).
However, at the moment, I am speaking with some companies to see for the future. We will see what happens :)

12. Any incredible plans before the end of this year?

Maraike: Oh yes! I will play the last two tournaments of my season in South Africa, a new BT-country. I am extremely excited about this, and to visit this beautiful country! I think this is one of our great advantages as beach tennis players. We get to see incredibly nice places, and get to know other cultures. This is truly an amazing gift!